The swearing in of Donald Trump as US president has prompted claims that he has breached the US constitution by continuing to receive payments from foreign governments. 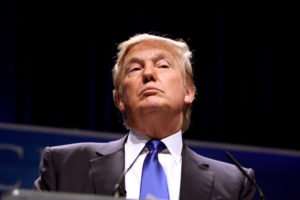 Allegations of governance failings could not, perhaps, be aimed at anyone more senior. But even as Donald Trump settled into life as the newly inaugurated US president he faced claims that he had already failed on business ethics.

Ethics campaign body Citizens for Responsibility and Ethics in Washington (CREW) alleged that Trump is already in breach of the US constitution, after he swore the presidential oath, because he continues to accept payments from foreign governments.

NBC News reports that CREW will file a suit against Trump in court on Monday (23 January) making the allegations formally.

CREW also claims he is in breach of the lease on the Old Post Office building in Washington, the site of one of his hotels. The contract bars elected officials from receiving benefits that may stem from the lease.

CREW executive director Noah Bookbinder said in a statement that “by continuing to accept payments from foreign governments, he has already failed. We do not yet know just to what extent this violation goes—because he is the first person elected to the presidency in decades to fail to clear the ethical bar of Richard Nixon and release his tax returns, much of his foreign business has remained secret. But we do know that there must be accountability for anyone, including the president, for violating the Constitution.”

On the Old Post Office lease, Bookbinder added: “We know Trump likes to renegotiate contracts for better deals. If that happened here, it will be the president negotiating against the government he leads. His best interests are not the same as those of the American tax payer.”

According to Voice of America, Trump has also faced criticism for the way he has handled business interests in handing control over to his two adult sons, but falls short of demands that he sell all his holdings and place the assets in a blind trust.