The FRC’s annual report says many explanations for non-compliance with corporate governance code are “poor quality”. 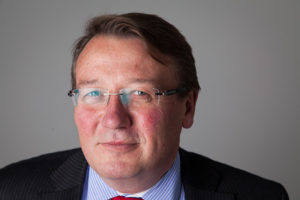 Many boards are only paying “lip service” to the needs of their shareholders because explanations for non-compliance with the UK’s corporate governance code are of a “poor quality”, according to the Financial Reporting Council (FRC).

In its annual report, Developments in Corporate Governance ad Stewardship, the FRC says boards need to provide more focused reporting on how they undertake their duties.

The watchdog also said its report comes at a time when there is falling public trust in business. It has asked government for more oversight powers to bring about more focused reporting from UK companies.

“The Code is 25 years old. It has served the UK well by attracting capital and through evolving with the market and the needs of investors.

“We must continue to ensure that business behaviour, underpinned by strong and respected corporate governance principles, develops over the next quarter of a century and beyond.

“The need to maintain the UK’s position as a centre of excellence for business and a destination of choice for global investors has never been more important. The FRC stands ready to revise the UK Corporate Governance Code and associated guidance in 2017.”

Problems with explanations are not new. Last year, Professor Philip Shrives, of Northumbria University, drew attention to the problem for Board Agenda. He wrote: “Non-executives (especially those on the audit committee) need to review the explanations to ensure they are as good and as clear as they can be.”

However, the FRC’s report also noted that compliance with the UK’s governance code had improved once more, up from 57% to 62% in the FTSE 350. Ninety per cent of companies were in full compliance but for one or two measures.

Companies most frequently fail in the Code’s compliance stipulation for at least half the board, excluding the chairman, to be independent.

The FRC found that at least 91% of companies now have a clawback arrangement for executive bonuses, while 78% have policies in place for long-term pay plans.

In its report, the FRC also noted that 2017 was the first full year of viability statements. It found “a small number of comprehensive reports” with little variation in the information they provided. A third provided only basic information.

The report said: “We encourage companies to provide more constructive reporting in line with the spirit of the Code, including a clear rationale for their choice of timeframe, what qualifications and assumptions were made, and how the underlying analysis was performed.”

Investors were also given a warning. Those graded at the lowest level for their reporting against the UK Stewardship Code risk being removed from the list of its signatories if they fail to improve by mid-2017.

The FRC will this year review its guidance on board effectiveness.