Employees in British boardrooms remains a topic for debate in the UK. Lynn Strongin Dodds investigates models across Europe and learns that there is no “one-size-fits-all”. 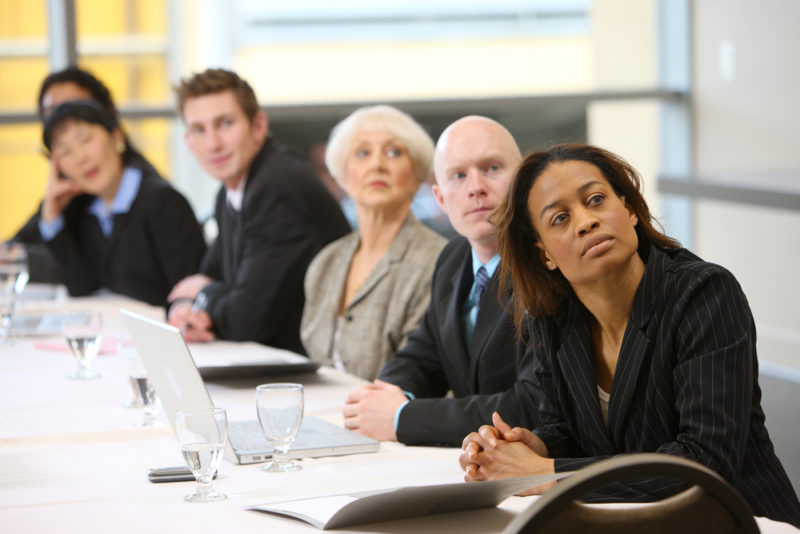 To date, 18 countries in the EU, plus Norway, have legislation or other arrangements in place for worker representation on boards. Ten countries, including the UK, Belgium, Bulgaria, Cyprus, Estonia, Italy, Latvia, Lithuania, Malta and Romania, do not.

But that may be about to change. UK prime minister Theresa May has pledged an overhaul of corporate governance, including appointing employee representatives to British boardrooms. Yet even as the UK waits for detail on the policy, the lessons from Europe show that there is no single model for the involvement of worker representatives.

Stephen Ravenscroft, partner at law firm White & Case and expert on transnational employment law, says it is difficult to rate one model over another in terms of success due to cultural and legislative issues.

“There is no one-size-fits-all,” he says. “The model has to be the right fit for a company, taking into account its own culture and the corporate governance framework in its particular country.”

One of the main differences across the continent is in the type of representation.

One of the main differences across the continent is in the type of representation. In Austria, Germany, Luxembourg and the Netherlands, work councils—elected by all employees—are the main participants.

This is in contrast to France, Belgium, Norway, Croatia, the Czech Republic, Greece, Hungary, Poland, Portugal, Slovakia, Slovenia and Spain, where the basic agreement provides for both union and works council structures.

The fine print though shows that, even here, there are discrepancies with works councils in Greece existing more in theory than practice, while the same challenges can be applied to Portugal, according to research from Worker Participation EU.

The size of the company will also be an influential factor. Take Germany. It is well known for its deeply rooted co-determination, or Mitbestimmung, which is more than 40 years old and requires supervisory boards that are tasked to scrutinise management boards and their running of companies, while granting equal representation to workers. (Ironically, Mitbestimmung can trace its roots back to the post-war period when the British occupying authorities introduced the concept to the coal and steel industry to prevent remilitarising).

For German companies employing more than 2,000 people, the mandate is to have 50% of supervisory board seats occupied by employees, while the figure for those corporates with 500 workers or more is 33%. Representatives are elected by the workforce and are often from existing trade union or works councils. They also have the same rights and duties as other supervisory board members under a statutory duty of confidentiality.

“The German model can be restrictive in that a lot of the decisions go through the works councils.”

Although often admired for its Mitbestimmung approach, “the German model can be restrictive in that a lot of the decisions go through the works councils,” says Laurie Fitzjohn-Sykes, director of research at think-tank Tomorrow’s Company. “Another issue is that only German-born employees can sit on the board and vote, which disenfranchises all foreign workers in a company.”

The Netherlands also has a two-tier structure, with works councils having the right to nominate up to one-third of supervisory board members in larger companies—in this case more than 100 employees. However, unlike Germany, the nominated individuals cannot be company employees or trade union members, but instead must be independent professionals such as an academic or judge. Once appointed, the individual is a full supervisory board member, their primary duty to have the company’s interests at heart.

In other countries such as Norway and Sweden, the thresholds kick in at a much lower level, at 30 and 25 employees respectively. Their corporate landscapes operate on a single-tier board structure, with workers taking their place directly on the board of directors. Sweden also has arrangements for local branches of trade unions to appoint their representatives.

Meanwhile, countries such as France are amending their laws. In the past, employee representatives at board level were only a phenomenon in state-owned and privatised companies.

Over the past two years though this has been expanded, and has become obligatory at large private and share-based firms. This translates into companies with 5,000 or more employees worldwide or 1,000 or more for those based in France. They are required to have one employee representative, where there are up to 12 board members, and two if there are more than 12.

Although employee representation on boards is a firm fixture in many European countries, industry participants as well as politicians such as Thomas Händel, MEP and chair of the European Parliament’s committee on employment and social affairs, believe further progress can be made to strengthen their collective voice.

Händel, who earlier this year drafted amendments to the 2015 report, Workers representation on board level in Europe, is calling on the European Commission to introduce a more harmonised stance.

Händel believes that if minimum standards for worker participation is applied universally to all acts of European company law, it could help close some of the loopholes that are used to bypass or avoid worker participation. For example, his report shows that in Germany alone, the number of companies that circumvent worker participation by adopting foreign corporate forms more than doubled between 2006 and 2011.

While some industry participants would like to see these recommendations enshrined in a directive, the more likely scenario is that the Commission will frame them as recommendations because of the different practices across corporate Europe.

In addition, German as well as other European firms can become a Societas Europaea, or SE—the corporate status created by the EU that exempts them from some rules on workers’ rights.

Among Händel’s amendments are banning the gateway to SEs, promoting greater gender representation and ensuring the proper circulation of information, so that workers can have a greater understanding and full knowledge of the facts for making key company decisions.

While some industry participants would like to see these recommendations enshrined in a directive, the more likely scenario is that the Commission will frame them as recommendations because of the different practices across corporate Europe.

“Flexibility is very important because each country has their own structures, corporate law as well as different trade unions, and do not want to have a uniform approach,” says a spokesperson from ecoDa (the European Confederation of Directors Associations).

Despite the discrepancies across Europe, there is a general view that “employee representation contributes to the success of the company, especially in capital-intensive industries such as industrial goods or car manufacturing,” says Dr Hans-Christoph Hirt, co-head of Hermes EOS, the stewardship team for Hermes Investment Management.

“This has been the case in Germany, where anecdotal evidence suggests companies believe getting employees involved has helped with some of the tough decision-making processes and transitions.”

This is underscored by a study by Bloomberg of countries where worker-directors are common but not required by law. It showed that indices of companies with employees on their boards in Norway, Sweden and Austria have each beat benchmark indices in those nations by 30% or more since July 2011.

“One of the issues is that boards can be relatively closed and drawn from a selective elite,” says Fitzjohn-Sykes. “This can lead to consensus thinking, but there is evidence in Europe that bringing employees on boards brings a different perspective and is a positive experience for the company as a whole.”

Lynn Strongin Dodds is a financial and business journalist.