A government green paper proposes binding votes on executive pay. Michael Price argues that the “corporate elite” has tried and failed to self-regulate and it is time for something new. 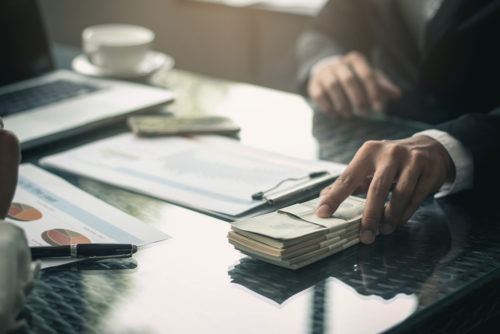 Theresa May has made tackling corporate excess one of her key priorities in government. In a Green Paper on Corporate Goverance Reform she promised shareholders a binding vote on executive pay and proposed that companies publish pay ratios between the highest and lowest paid staff. In truth, this recent focus of attention is not new—we’ve all been here before.

The prime minister’s proposed reforms will not be effective in either reducing the headline figure of executive pay (if indeed that is their objective), nor in making executives any more accountable. Unfortunately, May seems to have misunderstood the problem and is proposing measures which might be great politics, but are nowhere near radical enough to lead to substantive change.

We are used to headline-grabbing controversies about the corporate elite. This has been going on for decades. In 1995, for example, the British Gas AGM lasted six hours as the CEO, Cedric Brown, had his 75% pay rise voted down while a live pig called Cedric was paraded to display unions’ discontent with executive “snouts in the trough”. These scandals helped to spark a series of major interventions in corporate governance.

Get the party started

Business leaders such as Sir Adrian Cadbury, Sir Richard Greenbury and Sir Ronnie Hampel were invited to self-regulate. By 1997, it seemed self-regulation had done the trick. Left-leaning columnist Polly Toynbee triumphantly declared that finally, the party was over. The party, however, was only just beginning for the corporate elite.

The system companies use to determine levels of executive pay is based on the recommendations of a 1995 committee headed by Greenbury, the former CEO and chairman of Marks & Spencer. Their efficacy is rarely questioned despite ongoing controversies and the fact they are now more than 20 years old. Greenbury’s reforms were designed, among other things, to link pay and performance, so the pay of the executive team was in some way reflective of the value they bought to shareholders.

However, there is a mass of empirical data produced by academics and policy centres alike, which indicates this relationship is malfunctioning. Research conducted at Newcastle University and confirmed elsewhere shows that the link between pay and performance was actually markedly stronger in the period before Greenbury.

Critics will point to the large increase in UK GDP since 1995 as a mitigating factor in that, but clearly this suggests that the system adopted before Sir Richard published his report in 1995 actually represented a better system for remunerating top executives. In fact, LSE visiting professor and Financial Times contributor, John Kay, has suggested there is little evidence to support the view that bonuses, LTIPs (Long-Term Incentive Plans) or share options increase corporate performance at all. Research has suggested it is organisational size, not performance, which is the key determinant of executive pay.

The prime minister is simply focusing on the wrong issues. It is the foundations of the Greenbury-inspired system which are the problem, not the rules built on this flawed base. Research on voting patterns and shareholder engagement supports this assertion. First, if we look at shareholder engagement, there is evidence that shareholders are simply not holding boards of directors to account (on this issue and others).

In a study analysing UK shareholder voting on pay, less than 7% of shareholders were found to either abstain from, or vote against, the director’s remuneration report resolution which effectively rubber-stamps pay deals. Research by Anna Tilba at Newcastle University Business School, illustrates that such involvement by pension funds—the de-facto owner of swathes of shares–was “more assumed than demonstrated in practice”.

In other words there is a large question mark over the ability of the owners of capital to hold their agents to account in the traditional model of corporate accountability proposed by May. Sir Ferdinand Mount, a former advisor to her predecessor David Cameron, wrote:

We pretend that the shareholders possess powers that they effectively lost long ago, and we imagine that the behaviour of the corporation is disciplined by an array of checks and balances that are often no more than decorative today.

One of the reasons for this lack of engagement is that the nominal ownership of our top companies is becoming more diffuse; Professor Kay has called this the era of “financialisation”. What does this mean? Well, the Office for National Statistics reported in 2012 that close to 60% of UK shares were held in nominee accounts and that just 10% were registered to private individuals. Shareholders who hold shares in nominee accounts are not listed on company share registers. These shares are held by institutions and as such the beneficial owner is not allowed to vote directly on matters such as pay.

The key problem with this is that institutions can tend to act in very different ways than most shareholders would expect, or desire. The likelihood is that these shares are traded or loaned without the owner’s explicit consent. Investment firms might “churn” in this way about 60% of their portfolios on average over a year. Just as your bank can make questionable investment decisions with your savings, your shares could actually be used to short sell the same company you’re invested in, completely without your knowledge. This symptom of financialisation epitomises the view that it has long been more profitable in the UK to make money than make things.

It is the system that is broken, not its rules. It is surely now time to admit that self-regulation is dead, along with the assumptions we’ve attached to the ownership of our companies. The corporate elite has tried and failed to self-regulate; now it’s time for a different approach. For instance, the idea of two-tier boards, championed by Sir Richard himself, should be revisited. May has instead backtracked on her suggestion to put workers on boards, and in doing so has made the mistake of being far too conservative. Instead of wheeling out a broken system and expecting different results this time around, surely now is the moment to be radical.

Michael Price is a research associate at Newcastle University.