The gulf between executive and employee pay is widening, but nomination and remuneration committees should exercise restraint, argues Angeli Benham of Legal & General. 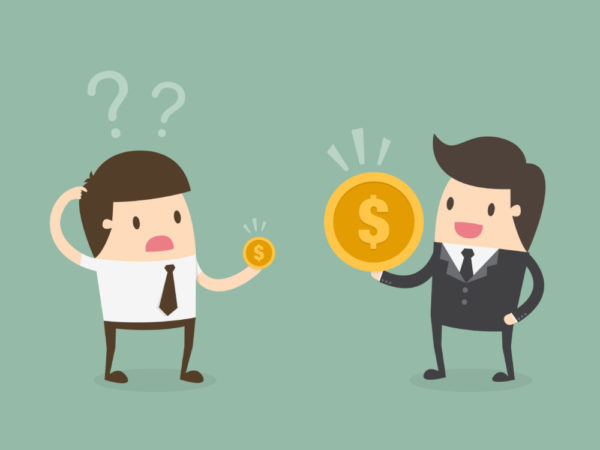 Total pay for executive directors, and particularly chief executives, has increased sharply over the past decade. When compared with the performance of the market, the increasing level of executive pay is becoming difficult to justify.

Evidence on whether increasing pay leads to performance improvements is mixed. For example, research by Professor Dan Ariely of Duke University shows that variable pay, such as bonuses, can improve performance on routine tasks. However, for people working on innovation, creative and non-routine tasks, such as executive directors, variable pay can hurt performance.

We believe companies demonstrating good long-term performance should be able to reward their executive teams. However, continually increasing pay is neither beneficial to shareholders nor to society at large.

Continually increasing pay is neither beneficial to shareholders nor to society at large.

Companies exercising restraint, cutting costs and headcount should be sensitive if they are also increasing executive pay. All employees, regardless of the health of the company, should be recognised for their contribution to the success of the business.

Fair pay for employees is good for business and the economy. Employees on lower incomes spend a larger proportion of their pay than others.

But what needs to be done by companies and investors?

While there is no single solution, there are many changes that could be implemented to stop the pay gap widening. Benchmarking is one such suggestion. Companies use peer-group pay comparison tables for directors, known as benchmarks. These benchmarking exercises are a crude assessment of the pay practices in comparable companies. In many cases, the companies are selected arbitrarily by size or hand-picked to produce a higher median.

Consequently, remuneration committees should steer clear of annual benchmark data and instead give more time to considering the nature of the role, the time commitment, complexity and the pay and conditions being offered throughout the organisation. When companies are recruiting, or when their pay policy is being reviewed, a benchmark may be helpful. However, they should not be the only sense check; companies should also consider what the role commanded ten years ago and why the same role commands so much more today.

We also support companies publishing the ratio between the CEO’s total pay and that of the median employee.

Boards should be compelled to justify the pay ratio and why the executive’s take-home pay for that year is appropriate. This would help address the issue that pay is not necessarily being linked to performance.

The employee voice should also be heard. Regulation requires remuneration committees to take into account pay and performance across the business when setting pay for executives. Employee representatives should meet with the remuneration committee annually to ask why it considers pay practices applied in the organisation to be fair.

There are also structural changes companies could make: for example, to elements of pay. Companies should reduce their focus on the annual bonus and place more emphasis on long-term incentives. The annual bonus focuses management on short-term fixes to meet their targets. Our experience shows that, on average, 80–100% of the maximum bonus has been consistently paid out, with payouts a near certainty rather than an incentive tool.

Nomination committees should be held accountable for poor succession planning, and liaise effectively with remuneration committees to ensure they don’t have to offer more pay than is necessary.

Pay disparity relates to all aspects of remuneration. Pension payments for executives are broadly around 25% of salary, while company contributions to employee pensions are at around 5–10%. This disparity should be reduced over time, and instead, companies should encourage long-term savings for all employees.

Nomination committees should be held accountable for poor succession planning, and liaise effectively with remuneration committees to ensure they don’t have to offer more pay than is necessary.

Finally, shareholders should use their rights. Regulation has provided them with a triennial binding vote on the structure and maximum level of pay. In addition, there is an annual advisory vote and votes on new share-based plans. Shareholders can also vote on director elections every year.

The pay gap should not continue to widen; there is little justification for this trend. Nomination and remuneration committees need to work together and exercise restraint. Companies should recognise that fairly paid employees will be more productive and help the economy as a whole. And investors must push for pay structures that are more aligned.