US corporate integration of ESG principles unlikely to be challenged by a Trump presidency because progress made so far has come without the need for legislation that could be repealed. 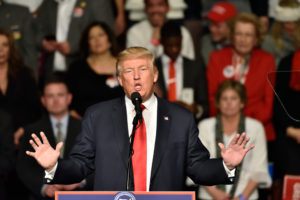 Donald Trump’s election to the US presidency is unlikely to undermine corporate commitment to environmental and social issues, according to a pioneer of corporate governance.

In an interview with Forbes magazine, John Lukomnik, one of the founders of the International Corporate Governance Network (ICGN), said companies had changed their attitude toward ESG issues without the need for legislation and that was unlikely to change.

Lukomnik said: “In the ‘E and S’ of ESG, more than 90% of the largest companies in the world report through GRI [Global Reporting Initiative], 1,614 financial services firms have signed the Principles for Responsible Investing and 9,146 companies have signed the UN’s Global Compact.

“None of that occurred because of obligations in law or regulation. Simply put, sustainability is now rooted in business and investing strategy.”

Lukomnik added, however, that the US’s new rule on the publication of executive pay ratios may be at risk of being removed under a Trump regime.

He added that Trump’s opposition to the Paris agreement on climate change could be softened if Trump is persuaded that, should the agreement remain in place, it would protect more US jobs.