In the eyes of society, business is in the doghouse. How can we rebuild corporate trust and restore self-esteem? The answer lies in looking at the bigger picture, argues Edward Speed. 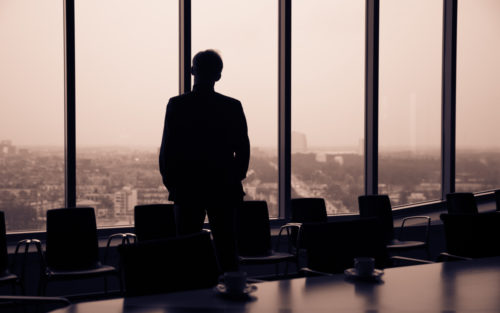 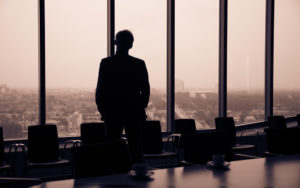 In business, context is everything, and context is changing fast. Since 2008, it has become impossible for companies to ignore their impact on society; and society—employees, consumers and other stakeholders—currently has historically low expectations of corporate behaviour. What can be done, then, to restore corporate reputation and rebuild corporate self-esteem?

One could point to numerous recent cases of corporate malfeasance that have fuelled cynicism and mistrust of business in the public mind. This undermining of the pillars of business and the political and regulatory institutions which sustain them is a challenge to boards.

While society questions the long-term commitment of corporations, boards must satisfy the short-term demands of the markets to which they are answerable.

Underlying this failure of trust are concerns about the equitable sharing of wealth; pay structures; the consequences of globalisation on jobs; a questioning of the commitment to sustainability and to the communities in which companies operate; and a clamour for greater transparency.

While society questions the long-term commitment of corporations, boards must satisfy the short-term demands of the markets to which they are answerable.

Companies cannot be judged in isolation—they exist as part of a social framework and will survive as long as they retain the confidence, affection and trust of the societies in which they operate.

Consequently, the informed board of directors will oversee and take responsibility for the company’s social impact. In this, the board will have to be conscious of the views of government, of non-governmental organisations and other stakeholders well beyond the traditional list of boardroom priorities.

Boards of directors are expected to understand the consequences of corporate action and be able to articulate the benefits of corporate activity beyond those accruing to shareholders. We are now in the world of the ongoing, permanent social audit.

The proper discharge of corporate responsibilities should be pursued in an ethical and socially aware manner, whilst ensuring a profitable return for investors and equitable treatment of all stakeholders. It is the kind of challenge a good board should relish.

Boards would be well advised to articulate their company’s purpose before regulators create a framework for them to do so. Recent governance debate in Europe has raised questions about the level and scope of company reporting and explanations of specific governance compliance.

The market increasingly expects a board statement about how the company is being run in a socially responsible way and what its long-term ambitions are. Some regulatory regimes require that reports to shareholders and others should contain this overview as part of the board and management commentaries. This seems to be a good trend: it demonstrates that the board has thought about the issue of the company’s significance to society as a whole and its focus on the long term.

Just as companies are now required to provide a deeper and better explanation of their general purpose, so too must they explain how closely they adhere to corporate governance precepts and best practice. Explanations should be specific to the company’s circumstances and not generic or off-the-shelf.

The European Commission’s original intention of making corporate governance statements “regulated information” is in abeyance. There is still a possibility that regulators, rather than shareholders, might eventually have the task of deciding whether an explanation for non-compliance is sufficiently complete.

In our experience, companies that offer a coherent explanation of their approach to corporate governance are more likely to find that when they do choose to deviate from a particular provision, their explanation is readily accepted.

Three principles should be borne in mind by boards when explaining their governance behaviour:

In essence, the board today is not only accountable to all its shareholders, but also to society at large.

Edward Speed is chairman of the worldwide board of Spencer Stuart, a global executive search and leadership consulting firm.