Survey reveals complexity in European tax system is biggest compliance burden for companies, while there are significant doubts about impact of efforts to bear tax avoidance among multinationals. 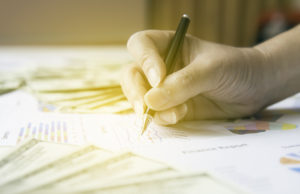 The complexity of tax law is viewed as the number-one compliance burden for companies across Europe, according to a recent survey.

The research, conducted jointly by UK accountancy body ICAEW and EGIAN, a European forum for accounting networks, found that 80% of those polled see tax complexity as the biggest issue for companies in Europe seeking to comply with regulation.

A statement from the Tackling Taxes report said: “There is strong agreement between our respondents that the complexity of tax law is a root cause of the compliance burdens faced by European businesses.

“A smaller number also point to difficulties caused by the complexity of corporates’ own tax set-ups as well as by the information demands on businesses and associated time costs for compliance.”

The report added: “Conversely, simplicity of tax laws is seen by about half of our respondents as a key enabling factor to facilitate compliance.

“Other supportive factors identified include limited time costs for businesses and the straightforward nature of their clients’ tax affairs. One in 10 also mentioned the efficiency of the local tax offices as being significant.”

The survey sought the views of tax advisors across Europe. Significantly, those questioned could not predict the outcome for business from efforts by the G20 and OECD to tackle tax avoidance through base erosion and profit shifting.

The report said: “Despite significant awareness of the initiative, respondents found it more difficult to predict the business impact, with four in 10 saying the outcome would probably be neither positive nor negative.”

One respondent told researchers: “A common global policy on tax avoidance, such as the OECD BEPS initiative, is laudable. But we need common and simultaneous implementation by countries so as to remove the temptation for multinationals to finesse one tax system against another.”