ICSA’s Bellwether Survey reveals that ethnic diversity in boardroom has decreased while cyber-risk is rising. 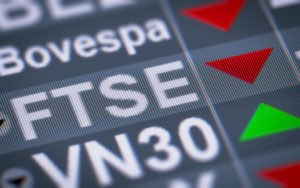 The number of companies in the FTSE 350 rating their boards as ethnically diverse has dropped from 25% a year ago to 22% this winter, according to research.

The news comes from the ICSA-FT Bellwether Survey, which looks at trends across boardrooms.

The survey report said: “Although significant progress has been made on improving gender diversity as a result of the voluntary targets set by Lord Davies, there is still much more to be done to encourage wider ethnic and cultural diversity so that UK companies become more open, inclusive and representative.”

The survey also found that 39% of FTSE companies have no plans to meet the Lord Davies target for 25% of boardroom places to be held by women. Though striking, this figure is down on the 48% that said the same thing a year ago.

The report said: “The lack of progress towards getting more companies to reach the target is connected to the effectiveness of the female executive pipeline.

“The need to develop a pool of senior women is reinforced by the Hampton/Alexander Review, which calls for the number of female executive committee members to increase to one-third by 2020, almost doubling the 19% of executive committee positions in the FTSE 100 held by women now.”

Risk was also addressed by the survey, with 80% of the company secretaries polled saying that cyber-risk was increasing. Fifty-two per cent said social media risk was rising, while 51% said reputation risk was also on the rise.