Letter from the FRC calls for more powers over company directors and the ability to test explanations for non-compliance with the UK governance code. 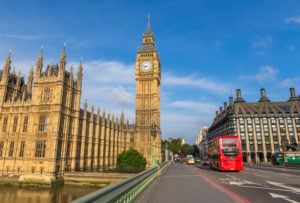 The UK’s governance watchdog believes it needs extra powers to police corporate governance, according to a letter written to MPs.

Members of the House of Commons committee currently investigating corporate governance have been told by the Financial Reporting Council (FRC) that it needs powers to “secure information” so that it can test governance statements, especially company explanations for non-compliance with the UK’s corporate governance code.

Written by the FRC’s chief executive Stephen Haddrill, the letter also said the watchdog would like powers to take action against company directors who breach regulations on integrity and reporting to shareholders. Currently, the FRC can only act against directors who happen also to be auditors, accountants and actuaries.

The FRC has also proposed amendments to the code requiring companies to “disclose” how the interests of “stakeholders” have been considered.

The letter to MPs on the business, energy and industrial strategy committee (BEIS), said: “We believe that the quality of information to shareholders on governance matters is of considerable importance to enable them to hold the company to account.

“We have powers to monitor the company’s strategic report and financial statements but not other parts of the report, which often contain crucial governance information.

“We believe that the FRC should have powers to secure information to enable us to test effectively the quality of governance information and, particularly, companies’ explanations for non-compliance with the code and to take action as a result.”

The government recently published its own consultation paper on reforming UK governance. The paper proposed annual binding votes for shareholders on executive pay but fell short of mandatory employee representatives on boards.