A healthy corporate culture is much like a healthy political culture: it thrives in an environment where engagement and fairness are valued and people feel they have a genuine stake in the future. 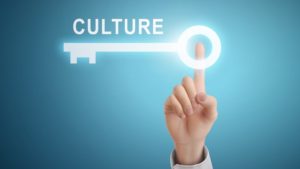 While the UK’s vote to leave the EU in June raised concerns about the detachment of the political elite from the concerns of ordinary voters, it has also convinced prime minister Theresa May that British corporate culture needs a health check.

May’s proposal for employee representation on boards is what’s grabbed the headlines, but the inquiry into UK corporate governance, launched by parliament’s Business, Energy and Industrial Strategy Committee (BEIS), offers the opportunity for a much broader discussion. In particular, the inquiry seeks to identify what’s working, and what’s not, in relation to executive pay, directors’ duties and the composition of boards.

“The UK Corporate Governance Code is well regarded internationally, but that is different from saying it is working well in practice,” says Anthony Carey, a partner at Mazars, where he leads the board practice in the UK. Carey would like there to be much greater focus on key metrics for measuring success in corporate governance.

For example, to what extent are wages, labour productivity and investment in research and development increasing? How do the shareholder returns of companies following the UK Code compare with those listed on other stock exchanges? How have shareholder returns increased over the past ten years relative to directors’ remuneration?

“We need a clear statement from the government about industrial strategy and how it wants to see businesses being run.”

“It’s very hard for one company to operate long term in a market that operates short term,” explains Carey. “We need a clear statement from the government about industrial strategy and how it wants to see businesses being run. Then investors and boards can be encouraged to give their support.”

Communication with stakeholders is a key area where boards could improve. “The business community plays a crucial role in society but it needs to find better ways of explaining this contribution in ways that ordinary working people understand,” says Carey.

Better engagement will, in turn, lead to some challenging questions—for example, on executive pay. Given that the wages of the lowest paid haven’t gone up in real terms for a number of years, is it fair that directors’ remuneration continues to rise at a decent rate?

“Generally executive pay should be linked to everyone’s pay because it should reflect team performance,” says Carey. “There may be exceptions, for example, when the top team has been very involved in making an acquisition, or fighting off an acquisition, but this needs to be explained.”

He adds: “Clearly, reasonable regard also has to be [applied] to the impact of the remuneration level on the ability to recruit and retain the best people.”

“Human capital is a key driver for most businesses these days but there is far more time spent measuring and reporting on financial capital than human capital.”

Where companies are making good progress on corporate governance they could often be better at communicating what they are doing, what achievements are being made and why it is important. “Promoting diversity in the organisation is important in terms of fairness, for example, but also for business reasons—everyone needs to be able to realise their full potential,” says Carey.

There has been good progress made by FTSE 100 companies to increase the proportion of women on boards, but in some cases there has been better progress on the non-executive side than on developing executive talent. Similarly, more needs to be done to improve ethnic diversity on boards.

“Human capital is a key driver for most businesses these days but there is far more time spent measuring and reporting on financial capital than human capital,” says Carey.

“It’s not just about what figure you put on the balance sheet—there’s more to be done to report effectively on these issues in the annual report and elsewhere in the business.”

Understanding international developments and comparisons on these issues is also useful. Mazars has been working with ecoDa (the European Confederation of Directors’ Associations) to better understand corporate governance practices in Europe. “It is important not to have cultural borrowing without understanding the context in which corporate governance systems operate in different countries,” says Carey.

Speaking at the Guildhall in November, Theresa May warned about the damage that can result when a minority of businesses and business figures “appear to game the system and work to a different set of rules”. She said: “The social contract between businesses and their employees, and the reputation of business as a whole, is quickly undermined.”

The prime minister’s proposal for employees on boards is one way to address the need for a strong social contract, but it is not the only way. “Making it compulsory might lead to minimum compliance, rather than ownership of the idea,” says Carey.

A large multinational with employees all around the world, for example, needs a really good level of engagement across a broad range of issues. Do employees feel they can raise issues with their managers? Do they feel like they are treated as a stakeholder by their employer?

Do employees think that they work in a fair organisation when it comes to pay, proper promotion opportunities and proper gender balance?

Having one employee on the board from one country might not be as effective, for example, as an engagement committee looking at a wide range of ways to measure engagement.

One thing is clear: there is no room for complacency by boards. “Even if standards of corporate governance in the UK are quite good, companies can always find ways to improve,” says Carey. “There needs to be fair treatment of, and good engagement with, all key stakeholders. That’s still a big issue for boards to address.”