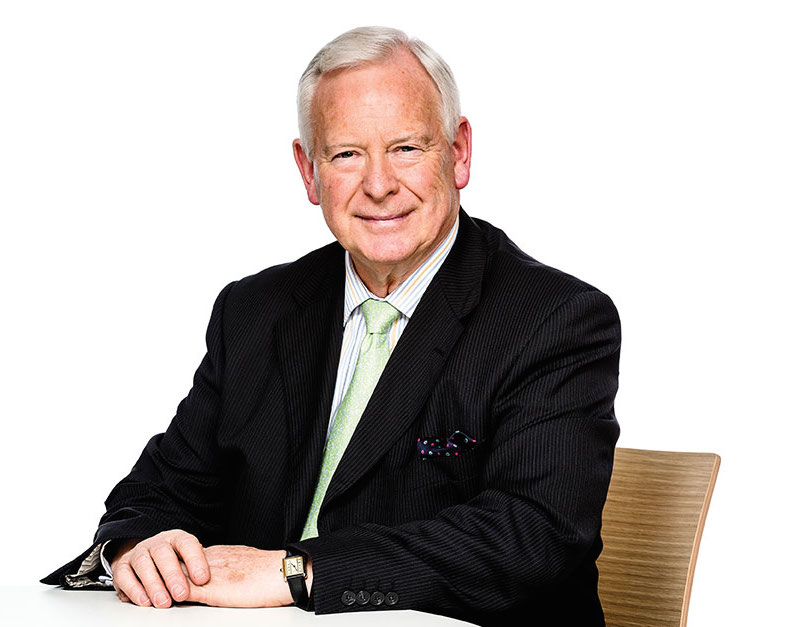 “I like having a broad-based skill set, broad-based experiences, and people in the boardroom who can deal with anything that walks in the door. Diversity—whether of gender or colour, adds to the richness of perspective and to the debate,” says Sir John Parker, chairman of the mining giant Anglo American plc.

Knighted in 2001 for services to the defence and shipbuilding industries, he has a unique perspective over a long career as a chairman across a wide range of Britain’s boardrooms. Starting at shipbuilders Harland and Wolff, he returned there in the early 1980s as chairman and CEO to lead a turnaround in its fortunes and return it to the private sector.

He has been CEO and then chairman of Babcock International (1994–2000), chairman of RMC Group (2002), National Grid (2002–2011), and joint chairman of Mondi (2007–2009), to name just a few. He has also held a host of non-executive directorships, including British Coal Corporation, GKN, BG, and currently, Airbus Group and Carnival Corporation, the world’s largest leisure travel company.

“We have had ethnic diversity as a very natural way of life, which is ideal.”

“I think that I have been involved in a lot of boards in my life,” says Sir John, with what one suspects is characteristic understatement. What some might find more surprising is what he goes on to say: “We have had ethnic diversity as a very natural way of life, which is ideal.”

Carnival’s CEO Arnold Donald, who took over the role in July 2013, is an African-American. He is also a man who set his sights on ambition growing up in one of the poorest neighbourhoods of New Orleans by first ensuring he got both a liberal arts and an engineering degree.

Engineers are often described as people who understand how to fix things that are broken. Sir John Parker, who was elected to the UK’s Royal Academy of Engineering as one of its youngest fellows in 1983, was its president from 2011–2014. A quick glance at Carnival’s board of directors also reveals that it has three women.

At Mondi, the paper group Sir John chaired until 2009, there were two directors of colour on the board, he notes. Anglo American had three until recently, but lost one due to a conflict of interest and another due to challenges in her own business, he tells me. He says he is confident about replacing them in the near future, suggesting that ethnic diversity is an explicit part of the brief to the headhunters on what is needed to best fulfil the business role required.

But he is also realistic. “Some people (in the UK)—and maybe even some chairmen—find religion and ethnic diversity very hard to talk about in comfort,” he says, bringing us to the reason for the recently published review on ethnic representation in the UK’s boardrooms that bears his name.

The industry-led review, published at the beginning of November 2016, found that out of 1,087 director positions in the FTSE 100, only 8% of positions are held by directors of colour. Of this percentage, just 1.5% are UK citizens. This is despite the fact that 14% of the total UK population is from a non-white ethnic group.

“Our report will, I hope, draw attention to the change in demographics around us, not only in the UK.”

“The boardrooms of Britain’s leading companies do not reflect the ethnic diversity of either the UK or the stakeholders that they seek to engage and represent,” said Sir John at the report’s launch. “Ethnic minority representation in boardrooms across the FTSE 100 and 250 is disproportionately low.”

“Our report will, I hope, draw attention to the change in demographics around us, not only in the UK,” Sir John says. Half the world’s population growth is set to take place in nine countries, he reminds me—five of which are in Africa, with three in Asia.

Even aligning the customer base means taking all this into account and acknowledging the need for ethnic diversity, Sir John points out.

As for the “pool of talent in which we all fish, it is changing,” he says. “It behooves leadership of the FTSE 100 and FTSE 250 to take account of this in succession planning in the boardroom.”

Finally, Sir John emphasises the importance of the role of the broader community in changing the face of business.

“Institutional investors have played a strong part so far in highlighting the importance of gender diversity, and shareholders also have a role to play in broadening ethnic representation at UK plc.”

Dina Medland is an experienced business journalist and regular contributor to the Financial Times and Forbes magazine.