Accountancy body calls for prime minister to stick with the introduction of workers on boards. 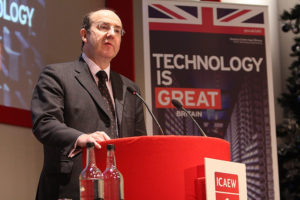 UK prime minister Theresa May has been asked to push ahead with the introduction of worker representatives on boards, despite signals last week that the measure would not be made mandatory.

The call comes from the head of the ICAEW (Institute of Chartered Accountants in England Wales), Michael Izza, in a letter to The Daily Telegraph. Izza joins a group of business leaders meeting with the prime minister today to discuss the reform of corporate governance in Britain.

“And perhaps most importantly, all stakeholders, not only shareholders, should be able to hold company directors to account not just in the court of public opinion but in a court of law.

“We urgently need to remake the Corporate Governance Code for the 21st century.”

He added: “When the Cadbury Code was drawn up in 1992, here at Chartered Accountants’ Hall, it was highly controversial and faced spirited opposition.

“Yet for a listed company today to ignore its principles would be unthinkable. I firmly believe that in another 25 years we will hold the changes that emerge from this process to be as self-evident as the Cadbury Code is now.”