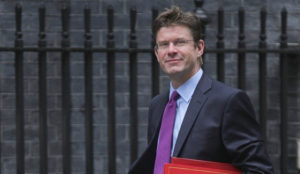 The UK government looks set to introduce measures tightening control of executive pay levels with proposals that could bring in annual binding votes for shareholders and publication of executive pay ratios.

However, the government has, as was expected, held back from proposing compulsory employee representatives on boards.

The measures were revealed in a consultation “green paper” on corporate governance reform, published by business secretary Greg Clark.

The paper maps a number of options for shareholder votes on executive pay, which already offer binding votes, but only at three-year intervals.

The government could increase the frequency of binding votes to an annual event. The green paper said: “Introducing annual binding votes on all or some elements of executive pay would enable shareholders to hold executives to account for performance on an annual basis.

“There would be clear and immediate consequences flowing from an adverse shareholder vote, rather than the current situation where the annual vote on the remuneration report is merely advisory.

“It may also encourage greater uptake of voting rights by shareholders, and a sharper and more active interest in scrutinising the annual remuneration report, if shareholders know they have real power to approve or reject it.”

The green paper lays out the potential benefits of publishing ratios that compare executive pay with the pay of other employees inside a company.

The paper said: “The biggest benefit, however, could come not from the ability to make comparisons between companies, but from requiring boards to explain to shareholders and wider stakeholders why the ratio is appropriate given the performance of the business and rewards for the general workforce.

“Context is vital if ratio reporting is to add value. Shareholders could then take a more informed view on whether pay levels are proportionate and reasonable.”

The green paper goes on to outline proposals that would enable boards to consider the views of others outside boardroom membership. There includes an idea for “stakeholder panels” that would allow board members to hear directly from other stakeholders; designate responsibility for airing stakeholder views to specific non-executive directors; or appoint an individual stakeholder (or employee) to the board.

The paper points out that FirstGroup plc has an employee on its board. But it adds: “However, as we have set out, these models will not work for every company. As the prime minister has made clear, we are therefore not proposing to mandate the direct appointment of employees or other interested parties to company boards.”