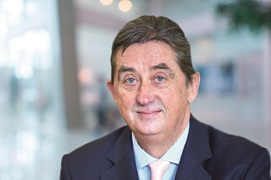 Technology and services innovator Cobham says its chairman John Devaney is preparing to leave at the end of this year, after the appointment of a new chief executive and chief financial officer.

Senior independent non-executive director Mike Wareing will take over as chairman, a role he is expected to hold until the 2019 general meeting. He will support the new CEO and CFO and run the process to find a new chairman.

The FTSE 250 group, which provides technology and services for space, air, land and sea, was forced to launch a £507m rescue rights issue after issuing a profit warning in April.

Some analysts have blamed the company’s deteriorating performance on outgoing chief executive Bob Murphy, who championed a costly diversification strategy aimed at reducing the group’s exposure to constrained defence markets.