Theresa May has reiterated her policy intention of placing employee representatives on company boards. Catherine Casey argues that workers bring expertise from the “floor” and will cultivate collaboration. 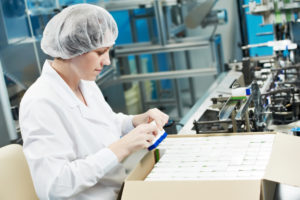 The Business, Innovation, and Skills (BIS) committee launched an inquiry in September on corporate governance. It focuses on executive pay, directors’ duties, and the composition of boardrooms.

As well as raising questions on the sticky problem of gender balance in executive positions and on boards, the inquiry will address the topic of worker representation in governance.

The prospect of workers on the board is a serious matter. Some find it exciting and promising for the vitally necessary project of corporate governance reform; others find it vaguely threatening or likely to stir up discord and cause trouble (Casey 2016).

Of course, there are long-standing arguments on both sides. Many might think that in the UK the “no thank you” side has long since won the day.

It’s worth pointing out that 14 of the 28 EU member states (plus Norway) have mandatory employee board-level representation in both private and public sectors.

The Bullock Report of 1977 that famously (at least at the time) advocated for workers representatives was soon ignored and there has not been much impetus for reopening serious debate since then—until now.

As that debate reopens in the UK, it’s worth pointing out that 14 of the 28 EU member states (plus Norway) have mandatory employee board-level representation in both private and public sectors (Davies et al. 2013). It’s uncontroversial and achieves a bundle of objectives.

Many business people as well as diverse citizens are concerned that crisis and scandal persists in marring British corporate governance. Despite the greatly respected corporate codes adopted especially since the Cadbury Report, and the stellar effort to reform, which produced the 2006 UK Companies Act, substantive problems and risks to many parties remain.

Perhaps a new consensus is emerging that something really has to be done. Political leaders and policy thinkers are seeking innovative interventions to make a real difference and forge more sustainable corporate governance. Worker representatives on the board is definitely on the agenda.

There are various arguments and political perspectives about workers on the board. The rights-based argument ought to be listened to in our democracy. But here I bracket that discussion. Rather, let’s consider that worker representation on the board makes sense, and adds value. It’s a twofold practical and moral resource.

Here’s how. Worker representatives bring expertise from the “floor”, from the productivity level of the enterprise and its subsidiaries and even supply chains. It’s a form of insider knowledge that the German system has freely exploited to its advantage for decades.

Worker representatives bring and foster connectivity: they know what ordinary workers do, want, and struggle with in everyday socio-economic life.

Employees on boards bring “relationality”; that is, real people interacting with real-life human interests in production and organisational life. Relationality counters the instrumentalism of rationalising decision-making by capital agents of “ownerless” corporations. It challenges the maths and the robotics. It cultivates collaboration. That point needs more elaboration than I can offer in this short piece, but it is similarly expressed by Sir Win Bischoff, chairman of the Financial Reporting Council, when he calls for greater “connectivity to society” (Bischoff 2016).

Worker representatives also bring and foster connectivity: they know what ordinary workers do, want, and struggle with in everyday socio-economic life. That groundedness is not usually present on conventional boards. That familiarity with ordinary life connects economies and business with societies and communities. It contributes to fostering a long-term view and real sustainability in governance decisions and company actions.

Following from that point, worker representatives bring diversity of perspectives and encourage multifaceted valuation of company activities. They remind everyone of the things that can never be reduced to financial valuation. Human wellbeing, social responsibility and environmental caretaking are our shared concerns, and part of doing business.

In representing the interests of workers as citizens worker representatives on the board contribute beneficial constraints and greater social legitimacy to strategic level decisions.

To achieve all of this, however, I must stress that worker representatives on boards must be highly competent, appropriately trained, and accorded fair speaking and participation rights.

They must be recognised as non-executive directors with the same scope for participation and contribution as any other director.

Their legitimacy depends on their close familiarity with the interests of ordinary workers including through their trade unions, works forums or councils, or other expressive bodies, and be free of habitual deference or defiance.

Their role and behaviour on boards and committees in relations with other non-executive directors is a topic for further discussion.

Catherine Casey is professor of organisation and society, University of Leicester Business School.