Grant Thornton reports a rise in compliance with the Code, but identifies shortcomings such as succession planning and organisational culture. 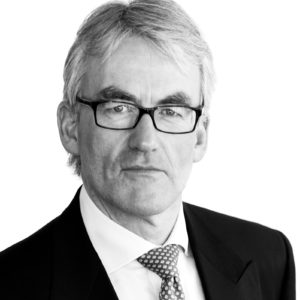 There has been a rise in the number of FTSE 350 companies that are fully compliant with the UK Corporate Governance Code, according to a report from accounting firm Grant Thornton.

However, the consultancy has also identified key areas for improvement in annual reporting.

Grant Thornton’s 15th annual Corporate Governance Review, undertaken by its Governance Institute, finds that 62% of FTSE 350 companies are now in full compliance with the Code. The review suggests that FTSE 100 constituents are more likely to be fully compliant (72%) than their FTSE 250 counterparts (57%).

But the report highlights a number of shortcomings in FTSE 350’s reporting. Succession planning is identified as an area for improvement, with only 15% of companies outlining detail on their considerations and plans for future succession. Moreover, only 20% of companies provide any real insight into their organisational culture.

The analysis also suggests that shareholder engagement is on the slide, as now only 36% of businesses clearly demonstrate how they engage with shareholders: down from 55% in 2015, the lowest it has been in five years.

Simon Lowe, partner and chair of the Governance Institute at Grant Thornton, commented: “A vibrant and dynamic economy relies on the key components of trust and integrity underpinning its markets. The principles of the Code help enable this, and it’s encouraging to see more companies which are fully compliant with it.

“Undoubtedly, more companies are recognising the commercial imperative of maintaining effective governance practices; yet there remains substantial room for improvement as a large proportion still opt for the bare minimum, complying only with the rules but not fully embracing the principles of the Code.”

The report found particular improvements in some areas of governance: 48% of companies provide high-quality, forward-looking statements (from 41% in 2015); and only 4% of FTSE 350 companies declare the same principal risks as last year (from 24% in 2015), demonstrating companies’ greater focus on strategic risks and mitigation.

Grant Thornton’s analysis also finds that the topic of wider diversity is now moving to centre-stage, with 76% of companies mentioning aspects of board diversity other than gender (from 56% in 2015). Remuneration is being addressed in a more holistic way too, with 65% of companies now using non-financial metrics in their executive performance-based remuneration (from 46% in 2015).

Lowe continued: “In this post-Brexit period of uncertainty, with the UK Government turning the heat up on wider employee engagement and corporate accountability, boards need to start taking an honest view as to whether they truly embrace the Code’s principles. In the early years of this decade, the UK’s regulator, the FRC, was able to head off the European Commission’s inclination to introduce more prescriptive governance regulation.

“The irony is that if more companies do not start fully embracing the Code as it stands, recognising their responsibilities to a wider audience than just shareholders, and giving more informative disclosures, then we may well find that it is our own government who steps in to replace principles with prescription.”