Watchdog produces advice on how to calculate executive pay ratios. 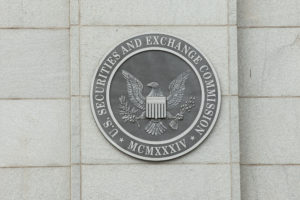 The US financial watchdog has revealed guidelines on calculating executive pay ratios, part of Washington’s efforts to improve disclosure on senior executive remuneration.

The Securities and Exchange Commission (SEC) said companies must pick a date within three months of the year-end to pinpoint their total number of employees for working out median pay.

The guidelines also provide other essential information on the calculation.

In the UK, prime minister Theresa May has also said she wants companies in Britain to disclose pay ratios as a means of reigning in executive pay levels.

The Financial Times has reported that sector-based income issues could mean publishing pay ratios will have little impact on affecting remuneration levels.

The US guidelines come after the SEC adopted its final executive pay disclosure rule in August. The rule demands companies disclose the ratio of chief executive pay to median employee.

“Companies will be required to provide disclosure of their pay ratios for their first fiscal year beginning on or after Jan. 1, 2017.”