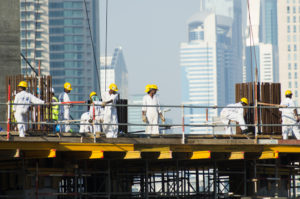 The Modern Slavery Act is insufficient to combat forced labour around the world, and harsh new penalties are required for UK companies that fail to prevent abuses in their supply chain or overseas subsidiaries.

According to Parosha Chandra, a human rights barrister and member of the UN Office on Drugs and Crime, the requirement for companies to write modern slavery reports on their efforts to counter forced labour is a weak incentive for better behaviour and governance.

Writing in The Guardian, she said:  “I can imagine that business will say that is sufficient. But as consumers we need a stronger incentive for companies to confront and prevent slavery in the supply chains they receive goods and services from.

“Extending our criminal law to cover cases where UK-based or UK-linked businesses intentionally or recklessly engage in slavery or forced labour in their supply chains overseas would plug the gap.”