World’s most iconic maker of construction equipment is to separate the top boardroom positions. 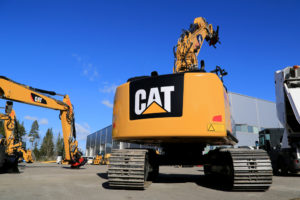 Caterpillar, the world’s largest maker of plant and machinery, is to divide the roles of chairman and chief executive.

The company decided on Monday that the roles would be split on the retirement of current incumbent Dough Oberhelman in March.

Jim Umpleby, a long-serving Caterpillar executive, will take over as CEO while Blackstone Group’s Dave Calhoun will become chairman.

Bloomberg reports that this is the first time the roles have been split since 1990. Caterpillar resisted dividing the two jobs as recently as five months ago.

According to Bloomberg, the US company defended a motion to separate the roles at its AGM in June.

Ed Rust, presiding director of the Caterpillar board, said: “The Board has a robust, best-in-class succession planning process for the critical roles of chairman of the board and chief executive officer as well as other top executive positions.

“One of our top priorities as a board is developing a strong pipeline of senior leaders.”