Governance regulator offers advice for the 2016 annual reporting season, including a call for narratives describing the impact on business performance of leaving the EU. 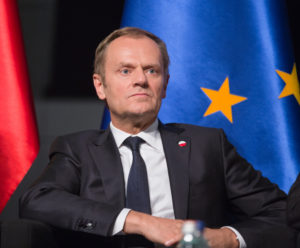 Hard talk: Donald Tusk has told the UK there is only a “hard Brexit” option. Photo: Drop of Light / Shutterstock.com

Listed companies in the UK will be expected to offer an account of the effects of Brexit on their business prospects in their annual reports.

The advice comes in an open letter to companies from the UK’s governance watchdog, the Financial Reporting Council (FRC), offering advice for annual reports ahead of the 2016 reporting season.

The letter said: “As the economic and political effects are developed and become more certain in the medium and longer term, we expect boards to provide increasingly company specific disclosures with quantification of the effects.”

The advice comes as controversy surrounding the UK referendum result deepened after remarks from Donald Tusk, the European Council president, that Britain faced a choice between only “hard” Brexit or no Brexit.

The FRC acknowledges that not all companies will be affected in the same way, and that many companies currently feel it is too early to be clear about the impact of Brexit on their businesses. But the FRC’s letter indicates that Brexit has become an important risk consideration for business.

“Boards must determine what disclosures, if any, are required to meet the needs of investors and comply with regulatory requirements,” said the FRC.

The FRC offers advice for annual reporting in other areas too. Companies, it warns, need to improve the way they report their business models. Further advice is due later this year, but the FRC said: “The biggest areas for improvement are the clarity of the explanation of how the company makes money and what differentiates it from its peers.”

The FRC also warns that the use of alternative performance measures in annual reports should “not replace or obscure IFRS or UK GAAP information”.