Investment management firm calls for an end to the annual use of executive pay benchmarking and calls for the inclusion of worker representatives on remuneration committees. 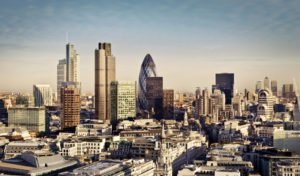 Legal & General Investment Management (LGIM) has called for action on reducing the gap between executive pay and the average worker, publishing its own recommendations for improving income disparity.

“We believe there are many changes companies and investors can implement, including reducing short-term bonuses and publishing pay ratios. This will help to align incentives with long-term value creation for investors and create fairer pay structures.”

Among the steps LGIM recommends for companies is the end of executive pay benchmarks comparing pay levels in similar companies. In a report on executive pay LGIM said: “Remuneration Committees should steer clear of annual benchmark data and instead give more time to considering the nature of the role, the time commitment, complexity and the pay and conditions being offered throughout the organisation.

“When companies are recruiting, or when their pay policy is being reviewed, the use of a benchmark may be helpful. However, they should not be the only sense check; companies should also consider what the role commanded ten years ago and why the same role commands so much more today.”

The firm also recommends that employee representatives be added to remuneration committees.

“Employee representatives should play a role by meeting with the remuneration committee annually to ask why the committee considers the pay practices applied in the organisation to be fair,” said the report.

The report concludes: “LGIM is calling on companies and investors to act now. The pay gap should not widen, there is little justification for the current trend. The nomination and remuneration committees need to work together and exercise restraint.”