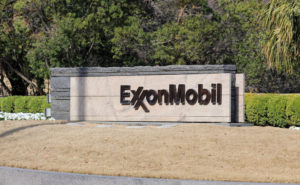 A group of investors has been accused of failing to vote consistently on climate change after declining to back motions that demanded increased disclosure at energy giants Exxonmobil and Chevron.

The Financial Times reports that Blackrock, Invesco, BNY Mellon and Vanguard all face claims of “inconsistent stewardship” and playing “games” with investors’ money.

The FT also quotes the heads of campaign groups Asset Owners Disclosure Project and Preventable Surprises, both criticising the fund managers for their approach.

The claims centre on motions made during the AGMs of the two oil companies earlier this year, asking for disclosure on the effects of government policy to contain global temperature rises to 2c.

The fund houses are accused of backing the motion at some oil companies, such as BP and Shell, while failing to do so at Chevron and Exxonmobil.