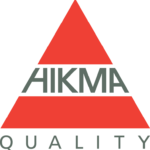 Nina Henderson, chair of the remuneration committee at property group Regus, has been appointed a non-executive at Hikma Pharmaceuticals.

Henderson will become a member of the audit remuneration and nomination committees at Hikma.

She is a former vice president at Bestfoods but has also served as a director at Royal Dutch Shell, AXA Financial and Del Monte Foods.

Said Darwazah, chairman and chief executive at Hikman, said Henderson would bring “a wealth of executive and leadership experience which will greatly assist us as we take Hikma to the next stage of its development.”