The scandal at BHS has caused demands for better governance in privately owned companies. Do they need a new code, or are the right tools already available? 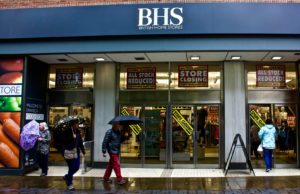 With every corporate scandal comes a fresh focus on corporate governance. Usually this comes after trouble in publicly quoted companies; shareholder interests are, after all, the starting point for the writers of most business pages.

But the outrage over BHS, a collapsed High Street retailer—especially the hole in its employee pension fund—has caused many to reflect on the state of governance in private companies.

Of course, governance codes are generally aimed at listed companies because shareholder interests are at stake and there is a clear public interest.

Private companies are assumed to be different because they are owned privately and owners do not, therefore, need the same protections: their managers are, generally speaking, the owners.

But events at BHS have placed private company governance in a new light.

BHS was bought by Sir Philip Green in 2000 and it quickly became a private company.

After extracting millions in dividend payments, Green sold the company for £1 in 2015 to Dominic Chappell, in whose hands the business ran aground.

“…weak governance arrangements allowed the overarching interests of the Green family to prevail and facilitated the flow of money off shore….”
–Parliamentary report

MPs investigating events at BHS were unremittingly critical of the behaviour of its owners in a report.

The report concludes: “Sir Philip Green, Dominic Chappell and their respective directors, advisers and hangers-on are all culpable. The tragedy is that those who have lost out are the ordinary employees and pensioners. This is the unacceptable face of capitalism.”

They add: “…weak governance arrangements allowed the overarching interests of the Green family to prevail and facilitated the flow of money off shore [sic] to the ultimate beneficial owner of the parent company, Lady Green.”

It also said that the “apogee” of weak governance under Sir Philip came with the behaviour of its non-executive chairman, Lord Grabiner:

“…it was [Grabiner’s] responsibility to provide independent challenge and oversight.

“Instead he was content to provide a veneer of establishment credibility to the group while happily disengaging from the key decisions he had a responsibility to scrutinise. For this deplorable performance he received a considerable salary.”

The issues captured by events at BHS have clearly triggered some thinking in many quarters, not least because the country’s new prime minister, Theresa May, has made governance reform a key issue for her time in government.

But it recently emerged in a Telegraph article that the UK’s Institute of Directors (IoD) is working on a revised code of governance for private companies. The Telegraph reported that the IoD would call on the government to endorse its code.

Oliver Parry, head of governance at the IoD, is quoted saying: “Unlisted companies are a neglected sector for corporate governance in the post financial crisis world.”

But not for much longer. His voice has been joined by that of ICSA, the institute for governance professionals, which revealed at the end of August that it had written to the prime minister calling for some private companies (those required to produce a directors’ report and have their accounts audited) to state in their annual reports the extent to which they comply with the UK Corporate Governance Code—the code aimed at listed companies.

ICSA also called for the legal obligation on public companies to employ company secretaries to be extended to private companies.

That may to be expected from the body that represents company secretaries, but ICSA wants to make a point. Its chief executive, Simon Osborne, says: “As the case of BHS has demonstrated, the fact that a large company may be privately owned does not reduce the public impact when it fails.”

“As the case of BHS has demonstrated, the fact that a large company may be privately owned does not reduce the public impact when it fails.”
–Simon Osborne, ICSA

He adds: “Boards of larger private companies should be expected to aspire to the same standards of governance as those in the listed sector.”

He observes that the Companies Act 2006 already demands that all company directors—public or private—are required to consider the “long-term consequences of their decisions and the impact on their employees and the community”.

Not all observers believe that governance for private companies needs tightening.

A recent editorial for the Financial Times called for government to stay away from private companies, claiming the rules governing the behaviour of their directors was already stringent enough. Besides, it said, private companies do not have shareholders.

Peter Swabey of ICSA replied in a blog post: “The article argues that ‘private companies are very often the property of founders or their families. As long as they treat staff, customers and suppliers decently and within the law, governance is up to them.’

“This is true. But our experience is that many directors are not as familiar with these duties and their many other legal obligations as they should be, and that this is particularly the case in private companies.”

The IoD and ICSA are in agreement that private companies should pay closer attention to governance, but part company on how to do it. The IoD seems set on what will be, for all intents and purposes, a dedicated code for unlisted companies. ICSA, on the other hand, believes the right codes exist already; all private companies have to do is use them.

The IoD’s code revision looks set to overhaul a code it published in 2010 called Corporate Governance Guidance an Principles for Unlisted Companies. This was itself an amended version of code published by ECODA (the European Confederation of Director’s Associations) in the same year.

According to Dr Lee Roach, a lecturer in law at the University of Portsmouth: “…the BHS incident demonstrates that governance is also important for unquoted companies (who generate the bulk of country’s GDP).”

In an online article Roach comes down on the side of the IoD and the guidance it has already published, but agrees “it is in need of an update”.

He also notes: “Unfortunately, it has never gained the foothold that the UK Corporate Governance Code has (likely because it has no formal backing from any regulators).”

Which explains why the IoD is so keen on winning the endorsement of government once its revised code is ready to roll. Companies are unlikely to act unless a voice in authority is expressing some form of expectation.