A mix of gender and ethnic differences inside the boardroom is broadly accepted as better for a company’s prospects. Recent research suggests, however, that diversity has more complex facets than previously understood. 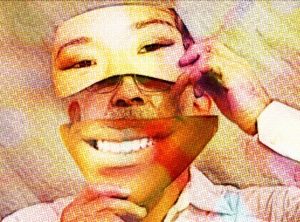 Research shows that there is significant value in board diversity. That is, when board members have varied genders and ethnic heritages, their firm performs better than otherwise.

Until recently, however, the mechanism responsible for this value creation has been somewhat misunderstood.  New research by my coauthors and I reveals that it may not be diversity among the board itself but rather differences in diversity between the board and the CEO that contributes to firm performance.

One might expect board effectiveness to be primarily determined by the qualifications, abilities, experience, number of board memberships, and compensation mechanism of its members.

Yet research shows that boards with a significant number of gender and/or ethnic members are characterised by improved creativity, perspective, and information-processing. More diverse boards draw on a broader set of personal and professional experiences and so can capitalise on a greater wealth of information in decision-making.

From a gender perspective, female board members are more inclined to ask questions that men would not ask.

From a gender perspective, female board members are more inclined to ask questions that men would not ask.

As such, women directors may serve an important role as monitors of top executives, and research indicates that CEOs are more subject to be disciplined for poor firm performance when there are more female board members.

In general, greater board heterogeneity implies that high-ranking executives are likely to be exposed to more knowledgeable and less acquiescent directors.

However, in some instances gender and ethnic diversity can hamper communication and relationships.

Part of the reason may be that people have a greater affinity for, and form better relationships with, those who are more similar to themselves, thus impeding the integration of a diverse group.

My coauthors and I are the first to examine the dynamics between the ethnic/gender characteristics of the board and the CEO (Borghesi, Chang, and Mehran, Applied Economics Letters, 2016).

We propose that the benefits of board diversity may depend on CEO diversity.

We propose that the benefits of board diversity may depend on CEO diversity. For example, while the presence of women on the board subjects male CEOs to a higher degree of performance scrutiny, it is unknown whether having more women on the board would produce the same benefit if the CEO were female.

Likewise, the presence of minority board members reduces the ability of the CEO to influence the selection of new board members, but if the CEO were also a minority then such influence may increase.

Examining 3,000 publicly traded firms over seven years, we isolate those firms having a non-disabled white male CEO from those having a female, ethnic minority, and/or disabled CEO.

The goal is to determine the relative impact of board diversity on firm value (as measured by Tobin’s Q ratio) under each circumstance.

Results indicate that firm value is significantly improved when the board is diverse in the presence of a non-disabled white male CEO.

However, we find that when the board is diverse and simultaneously the CEO is a woman, minority, or disabled, then the positive effect of board diversity vanishes.

This suggests that a significant portion of the value in diversity may come from ethnic and gender differences between the board members and the CEO rather than among board members.

An important implication of our study is that when hiring a CEO or electing directors, relative gender/ethnic make-up is important.

Dr Richard Borghesi is an associate professor of finance at the University of South Florida, Sarasota.