A new report calls for shareholder committees, attended by employees, to rule on executive pay and replace nominations committees. 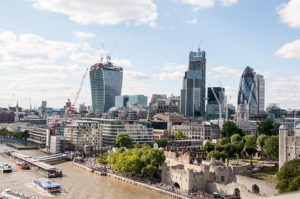 The high ratio of chief executive to employee pay is “a failure of governance”, according to Tory MP Chris Philp, who argues in a new report that the answer is Swedish-style shareholder committees.

Philp has stepped into the debate on executive remuneration in a report called Restoring Responsible Ownership, written for the High Pay Centre. His report receives the backing of City luminaries Neil Woodford, head of investment at Woodford Investment Management, and Lord Myners, former chairman of Marks & Spencer and Land Securities.

The report comes in the wake of statements by the UK’s new prime minister Theresa May, placing corporate governance at the top of her reform agenda. She called for shareholder votes on pay and the presence of employees on company boards. The government is yet to publish any concrete proposals. 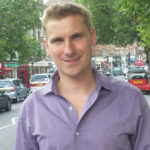 Philp, an entrepreneur before entering Parliament, writes that high levels of executive pay is a symptom of the “ownerless company” referring to the fragmented nature of share ownership.

Philp argues for shareholder committees to replace nominations committees in recommending the “appointment and removal of directors to the AGM”. The report says the shareholders should “ratify pay policy and actual pay packages” proposed by remuneration committees. Shareholder committees will also have the power to question company boards on corporate strategy and performance. Boards will be obliged to respond.

Philp writes: “This will re-empower shareholders and makes boards more accountable. It will help end the ownerless company.”

The report says: “Excessive pay is a symptom of a weak board and poor shareholder engagement. Public opinion is … very firmly of the view that CEO [pay] is excessive, poorly linked to performance and counterproductive to staff motivation.”

He says shareholders do not have the right tools for effective stewardship.

“Shareholders seem to be passive onlookers to pay trends, given their short-term holding periods and the relative immateriality of board pay to the overall financial accounts of the company.”

Recent research from the High Pay Centre found that the average pay package for a chief executive in the FTSE100 was on average 140 times more than their staff.