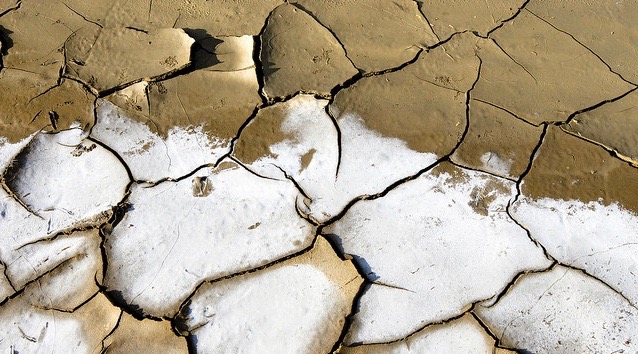 Board directors are being warned they must anticipate and prepare for significant changes to the way their companies do business in the wake of the international climate change accord agreed in Paris.

Advocates of the deal say what distinguishes it from previous agreements such as the Kyoto protocol is that implementation has to be meaningful: progress is to be reviewed every five years at UN level, along with a robust transparency and accountability system to track progress towards long-term goals.

So boards need to take note. And the impact will be anything but straightforward.

The way the Paris deal is implemented will differ from one country or region to another, notes Mark Gough, executive director of natural resources preservation group, the Natural Capital Coalition.

Gough warns that it is the duty of non-executives to understand how Paris will be enforced wherever their company has a presence in policies flowing from the deal.

In Kenya, for example, any company undertaking a water survey before construction must provide data from the survey to the government, which will share it more widely.

In the UK, the Office for National Statistics (ONS) intends by 2020 to have a set of accounts for natural capital—resources from fossil fuel to water—which will be used to fundamentally inform business decision-making. The ONS says 68 other countries have similar projects.

“The sooner non-executives realise that change in the wake of Paris is going to be meaningful, the better.”

Gough, who holds non-executive board positions for a number of other organisations and has held non-executive roles at information and analytic company Reed Elsevier, says his counterparts must do more than simply follow instructions from government or treat implementation of sustainability as a box-ticking exercise.

“The trick is that there is not one single lever,” he tells Board Agenda. “There is financial pressure, tax incentives, legislation. You also need to get that information down from the boardroom and into operations. ”

Gough says that the sooner non-executives realise that change in the wake of Paris is going to be meaningful, the better.

In mid-July, his organisation will launch a Natural Capital Protocol in the UK.

The protocol will be a standardised framework for business to measure and value its impacts and dependencies on natural capital.

More than 50 companies representing all geographies and major sectors have already signed up to a pilot of the programme.

Enforcement of the Paris deal is likely to come at two levels, from national policies and regional directives, such as those issued through the European Union.

The EU has revealed stated plans to reduce emissions by 40% of 1990 levels by 2030, a doubling of its current rate of decarbonisation.

This will be achieved with renewed climate policies, regulations and investments. In March, the EU climate action and energy commissioner Miguel Arias Cañete said: “We have the deal. Now we need to make it real. For the EU, this means completing the 2030 climate and energy legislation without delay.”

Several measures are already being implemented, including the reform and tightening up of the EU’s Emissions Trading System (ETS).

A large number of emissions allowances have been taken off the market and more will be removed each year, measures which will push up the price of carbon.

Historically, some sectors have been given allowances for free to support them against carbon leakage (where companies relocate to less stringent and costly regimes) but the list of industries enjoying this benefit is being significantly cut.

While steel and fertilisers will be protected, others sectors that are not so energy intensive but still exposed to competition in developing nations, such as the tyre sector, will not.

“Companies will have to follow the ETS; if they don’t, they face big fines.”

“Companies will have to follow the ETS; if they don’t, they face big fines,” says Arne Koeppel, head of research at US-based global strategy firm FTI Consulting.

Those sectors that have been exempt from the ETS, such as transport, building and agriculture, will face new carbon taxes and targets from July when the EU’s ‘Effort Sharing Decision’, which is legally binding, comes into force.

Individual EU states are also currently consulting with the business sector on how to implement the EU non-financial reporting directive (2014/95 EU), which requires companies with more than 500 employees to disclose information on their environmental risks.

In addition, by the end of this year, directors will have to address further carbon-reduction measures through the EU’s energy efficiency directive and the energy performance and building directive.

“It’s going to make sense for board directors to look at this and the higher costs they face, and how they may reduce them through technological developments,” says Koeppel.

“For the next few years this is going to be a strong driver; non-executives can’t ignore it, they’ll have to keep an eye on what is happening.”