The new chairman of ecoDa, the European Confederation of Directors’ Associations, says rebuilding trust in company boards is at the top of her agenda. 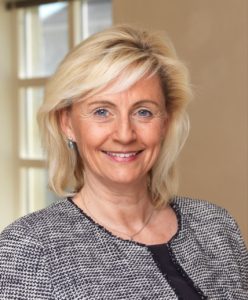 It was the business writer Stephen Covey who wrote that “trust is the glue of life,” and, “It’s the foundation principle that holds all relationships”.

No wonder then that in the year when it celebrates its tenth birthday, ecoDa, the European Confederation of Directors’ Associations, is concerned about trust in the boardroom. The organisation is now chaired by Norwegian Turid Solvang, its first female board leader. When asked about her agenda, trust is at the top of her list.

“What’s at the top of our agenda is rebuilding trust in boards,” she says, “because we feel that the eagerness of regulators and policy makers to legislate for board work is, to some extent, based on mistrust of board directors and what they are doing for companies.”

Solvang became chair of ecoDa this year but she is also the co-founder and managing director of the Norwegian Institute of Directors. At ecoDa she has served on the board since 2010, as well as the nominations, evaluation and policy committees. She also led ecoDa’s working group on board diversity.

In Oslo Solvang was co-owner of project development company InfoVidi, but has also been responsible for corporate communications at the Oslo office of Burson-Marsteller, the global public relations firm. Solvang has also served as head of marketing at Fearnley Data.

Now though, the ecoDa chair is focused on helping the association achieve its objectives. “We need a body to help professionalise board work and be the voice of European directors,” she says.

Trust, however, is still driving a good deal of ecoDa’s work. The organisation has not held back from making its opinions clear. Indeed, ecoDa formalised its position when responding to the OECD’s review of global governance principles, and to the European Commission’s (EC) consultation on the Shareholder Rights Directive.

A submission from ecoDa to the EC said: “What concerns ecoDa is that ‘good governance’ is increasingly being defined in terms of shifting key decision-making powers from the board to shareholders or other stakeholders … We perceive that this approach may be underpinned by an implicit mistrust of boards by policy makers and wider society.”

“The ecoDa perspective is that we are concerned about the shift in power.”

The migration of influence is a key issue for the body. “The ecoDa perspective is that we are concerned about the shift in power,” Solvang tells Board Agenda.

“Of course, in the bigger picture, shareholders are concerned about their own return on investment, but that may not have a broad stakeholder perspective, which boards are supposed to have.

“A long-term shareholder should consider the impact of the company on society at large.”

Tackling trust has led to a number of projects. Chief among them are one-on-one dialogues with policy makers and regulators. EcoDa has cooperated with Korn Ferry on research looking at how board directors are selected across a number of European countries. But there is also a project underway to find out exactly what policy makers and other relevant stakeholders think of company directors.

“We are asking them [policy makers] how they view boards and their work. We also believe we should educate them about what board work is all about.

“We asked one [policy maker] about mistrust in boards and his answer was, ‘Policy makers don’t know what board work is, or how it works.’ That is a problem and could have a huge impact, as politicians and bureaucrats often respond with more regulation—that is their language, after all.”

Part of the effort to establish trust is to concede that some rule-making is necessary.

That leads to a standpoint that may leave some in business a little surprised. EcoDa holds back from the view that all regulation is bad. Indeed, part of the effort to establish trust is to concede that some rule-making is necessary. Solvang says ecoDa is happy “to be a bit more positive towards regulation because regulations are not always bad”. “Sometimes you need them, so we shouldn’t always be negative. We always wish regulations were not necessary, but sometimes they really are.”

The other side of trust is about boards taking on their full responsibilities. “We also have to educate board members, look into the selection process, the kind of competence a board director should have, the personal skills one should require. It’s about transparency, integrity—maybe also courage, to speak up when it’s necessary.

“Being a board director used to be the icing on your career cake,” says Solvang. “That’s not the case any more. We have to shift the whole view of the board because it has expanded over recent years, both to comply with rules and regulations, but also because the scrutiny of board members has increased.”

That takes the discussion into consideration of the progress made by governance since ecoDa’s launch. The biggest development, says Solvang, is a new and profound interest in the work of company boards since the financial crisis of 2008. Boards are under closer examination than ever before and board members have adjusted their behaviour.

“If we can visualise an image: the boardroom door used to be closed, but it has opened more and more since then.” She adds: “The professionalisation of the board is also a factor. Some years ago some directors didn’t even read their board papers. That wouldn’t happen today. Directors spend more time on their board work than they used to—the role is no longer a bonus for a long career.

“Previously, you would sit on the board, as we say in Norway. Now you work on the board.”

“Being a board member and doing board work is going to be more intricate in the future.”

And that means that the role of board directors, especially non-executive directors, is changing.

“Someone once said that management is hands-on and boards are brains-on. But I think board work is becoming more and more hands-on. You need a broader understanding of what is going on,” Solvang says.

And if board members thought their work was already demanding, in the future it could be more so.

“Being a board member and doing board work is going to be more intricate in the future. Maintaining the trust of stakeholders will be more, not less, challenging.

“But when you do good work, you efforts will also be more satisfactory. Where trust is robust, people are comfortable, more efficient, more confident in their decisions, and work better together.

“Ultimately, people like to do business with people and companies they trust. In a world where volatility is a constant, the value of that trust will multiply. That is why building trust is also building your company’s future.”