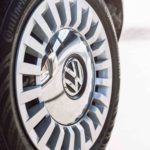 PIRC, the UK-based investment consultancy, has advised clients to reject plans for a dividend at Volkswagen and oppose a vote supporting the auto manufacturer’s management board, according to Reuters.

The adviser says that VW has failed to address vulnerabilities in the company’s governance structure. Reuters quotes PIRC as saying the “overlap of major shareholders and controlling functions, a remuneration structure excessively linked to sales, the absence of a whistle-blowing system and an apparently inefficient internal audit system” are all causes for concern.

Reuters says it has been told by sources that the Porsche SE holding company which controls VW will consider whether to block dividend plans at a meeting on Monday next week.