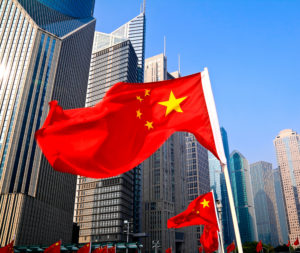 China needs to improve corporate governance, the International Monetary Fund (IMF) has said, if the country is to resolve its current financial problems and rebalance the economy.

David Lipton, first deputy managing director of the IMF, told a conference in Shenzhen at the weekend that beefed-up governance is one of three pillars for improvement. The other two pillars are acting quickly to resolve corporate indebtedness, and ensuring the government addresses both creditors and debtors at once.

But on governance Lipton was emphatic. “The lesson that China needs to internalise if it is to avoid a repeating cycle of credit growth, indebtedness, and corporate restructuring, is to improve corporate governance.”

Lipton said governance must be based on a robust legal framework but it should go further.

“It is the impartiality that transcends special interests and connections. It is the commitment to fix flaws in the system as they emerge — and not when they cause a crisis.

“And it is a matter of strengthening the institutions of corporate governance, particularly to enhance shareholder rights and make public disclosure a priority.

“The lesson that China needs to internalise if it is to avoid a repeating cycle of credit growth, indebtedness, and corporate restructuring, is to improve corporate governance.”

“All of these factors protect creditors — and borrowers — and ensure that the gears of the financial system operate smoothly.”

Lipton highlighted that China’s debt problem had grown, now standing at 225% of GDP. Government debt is at 40% of GDP. Corporate debt however is at 145% of GDP, with state-owned enterprises accounting for more than half of that — much bigger than their 22% share of economic output.

Lipton pointed out that banks are holding increasing volumes of non-performing loans and a recent credit boom had worsened the position.

The IMF, he said, estimated that the potential losses for China’s banks on corporate loans was around 7% of GDP.

“In a system with state-owned enterprises,” said Lipton, “proper governance also becomes a matter of making companies live within their means and ending government subsidies, including by enforcing hard budget constraints.

“This is what Poland and other countries in Central Europe did in the 1990s as they made the transition to a market economy. It was an effective approach that helped create impressive and durable economic success stories.”