Companies are volunteering more about their tax affairs. But it comes in the context of governments and regulators preparing to set higher demands on disclosures. 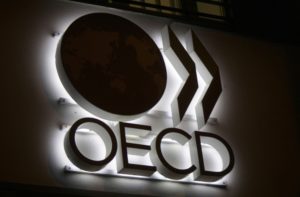 Tax transparency is on the public and boardroom agenda, just as it should be. Business leaders know all too well that recent years have seen an increased focus on making the tax affairs of large companies more transparent.

Pressure has come from many directions including politicians, NGOs and corporate social responsibility campaigners. Action has taken many forms: books, research papers, newspaper exposés—even demonstrations outside the high street stores of some companies.

The firm’s latest report says: “Some companies are still reacting to this current environment with a piecemeal approach, providing mandatory information together with some voluntary disclosures to provide further context.

“However, the statistics provided in this report supply evidence of more extensive voluntary disclosures being made in a number of areas, building on momentum that we have seen in previous years.”

Government, regulators and international bodies have indicated over the past year that they require more action.

Good thing too because government, regulators and international bodies have indicated over the past year that they require more action. The UK government has announced legislation forcing corporates to disclose their tax strategy; governance watchdog the Financial Reporting Council is reviewing tax disclosures, and in particular the reconciliation from statutory to effective tax rates; the OECD has the BEPS initiative (Base Erosion and Profit Shifting) demanding the disclosure of tax profits to authorities; and the European Union has announced proposals for country-by-country reporting.

Was there ever any doubt that tax has become a governance issue? If there was, there can’t be now. It is now a major reputational question. Google and Starbucks in the UK have demonstrated that clearly. Fail to pay what looks like enough tax and face being pilloried in the press, and have your integrity brought into question.

But interesting is PwC’s observation that some companies are still dealing with the issue using a “piecemeal” approach. There surely isn’t room for that any more.

If boardrooms and audit committees are yet to come to terms with the new tax environment, they should be getting a move on.

If boardrooms and audit committees are yet to come to terms with the new tax environment, they should be getting a move on.

But, of course, disclosure is one thing. The sums paid are another. PwC notes that companies are tending to reveal their whole tax contribution to set some kind of context for corporation tax payments.

Deep in that that bit of news is a worry about how mitigated corporation tax payments are viewed by the public, and especially the press. These things matter. Perception matters.

Boardrooms will need to grapple not only with what to disclose and how to present it, but also the more explosive issue of how much is handed over to the tax authorities. These issues won’t go away any time soon.