Professor Mervyn King, chairman of the IIRC, explains why the revolution in integrated reporting is “complete”, and why after only two years in existence, this new approach is being welcomed by companies and regulators. 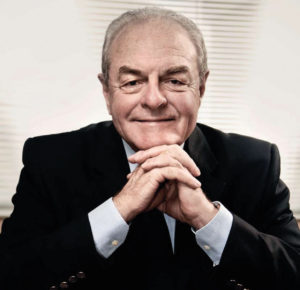 In the wake of the Paris deal on climate change some statistics quickly emerged to demonstrate just how seriously business has started to consider its own impact on the environment.

PwC, the global professional services firm, said of 834 CEOs polled around the world, 79% were making changes to “minimise the social and environmental impacts of their business operations”. A hefty 75% of the same CEOs said they were managing their supply chains with the same intent.

No wonder then that when asked, Professor Mervyn King, chairman of the International Integrated Reporting Council (IIRC), says that integrated reporting has landed. It’s hard to grasp at first. Integrated reporting is no more than a couple of years old and its supporting body little older. But Professor King is emphatic: “The revolution in my view is complete; it’s being adopted around the world.”

The IIRC was born out of a growing demand to bring together financial reporting on one hand, and sustainability or social and environmental reporting on the other. Combine them in the same accounts for a business, its performance and its strategy for future growth, and you should arrive at documents that reflect how companies have developed business models that are fully in tune with stakeholders’ environmental and social interests.

The movement was established in 2010 with Professor King chairing the fledgling organisation whose beginnings had their roots in a royal connection. Prince Charles, whose then private secretary was Sir Michael Peat, a former partner at KPMG, invited the heads of the big accountancy firms, regulators, stock exchanges and accounting standard-setters to a grand summit in London. There it was decided a new body was needed to spearhead the development of a new kind of reporting that would show, in plain language, how a company’s social and environmental impact had been threaded into strategic thinking.

Of course, environmental or sustainability reporting had been taking place for some years, but it was largely separate from business reporting. This siloed approach threatened to make environmental and social issues peripheral.

“There’s a symphony going on between the company and its stakeholders. That’s the reality and yet we were reporting in two silos.”

“These things are all interconnected and interrelated on a daily basis, including the resources being used by the company. In talks I’ve given I’ve used the phrase ‘there’s a symphony going on between the company and its stakeholders’. That’s the reality and yet we were reporting in two silos.”

It took three years to develop the guidelines for integrated reporting, launched in 2013 with the idea that they should become the “norm” for company financial reports. More than 100 “iconic” organisations, such as Microsoft and HSBC, took part in trialling the guidelines.

“For the first time Coca-Cola was thinking from inputs to outcomes: the impact, or the effect its product was having on society, because civil society had reacted.”

“The best example is Coca-Cola, which is now 128 years old,” says Professor King. “Some three years ago the allegation was made that Coca-Cola was one of the reasons for obesity in children, especially in Mexico and North America.

“So, Coca-Cola changed its long-term strategy to not advertise directly to children under 12; all containers would have nutritional labelling and they would make products with as low a calorie count as possible. They also said they would encourage exercise for children under 12 at all bottling plants around the world.

“So, for the first time Coca-Cola was thinking from inputs to outcomes: the impact, or the effect its product was having on society, because civil society had reacted.”

Integrated reporting has now gained a significant foothold on reporting. Professor King says “the traction is enormous”, and that he flies from one country to another as financial watchdogs and regulators buy into integrated reporting. Around the world 60 bodies have so far endorsed the guidelines.

“Directors are starting to ask the question in developing corporate strategy, ‘How is the company making its money, what is its business model? And in making £100m bottom line before tax, what impact did we have on society? What were the positive impacts? What are the negative impacts, how are we going to eradicate or ameliorate those negative impacts?’ All this is built into strategy.”

And why is integrated reporting gaining traction? “Integrated thinking is sweeping the world because there’s an appreciation that the 21st century is not what the world used to be,” Professor King says.

“We’re sitting in a world of population growth; we’ll have at least another two billion people by 2050. We’re already in a situation where one-eighth of the population went to bed last night hungry, or without potable water. And yet we have an increased demand for product with a finite natural asset base decreasing.

“If a director thinks he can just carry on business as usual, he is failing to discharge his duty of care to the company.”

“So, if a director thinks he can just carry on business as usual, he is failing to discharge his duty of care to the company.” Professor King adds: “So, you’ve got to carry on as business ‘unusual’, as Paul Polman of Unilever said, which means applying your mind to these mega trends impacting on the company.”

As worthy as integrated reporting is, it is not without its critics. Indeed, there have been many ready to identify flaws. Some have claimed it is a drain on resources; others that it calls on skills that are not readily available. Perhaps some of the most serious, however, claim integrated reporting is not sufficiently focused on sustainability.

Some have complained that there are simply too many reporting codes around for clarity. The IIRC has responded by setting up the Corporate Reporting Dialogue bringing together various standard-setters. Under the leadership of Hugette Labelle, a former head of Transparency International, the new project aims to generate “clearer understanding”, especially as the US has not only so far eschewed international financial reporting standards to stand by US GAAP, but has also now launched its own brand of sustainability reporting.

As Professor King draws the conversation to a close he makes a last argument for integrated reporting.

“He said to fix that is much more difficult to fix than the fiscal side of things … And he said he would never work for a company that was just carrying on business as usual because they are just adding to the crisis that the planet is in.

“If we want to attract the cream of the crop to our companies, we had better start changing our whole strategy and our behaviour.”