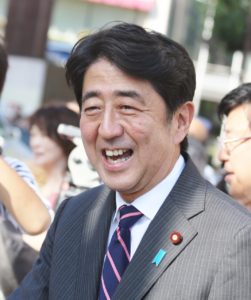 The head of the Japan Exchange Group has pledged to continue work on persuading more Japanese companies to comply “genuinely” with the country’s corporate governance code introduced last year.

The code formed part of Prime Minister Shinzo Abe’s reform of the economy and was intended to make Japanese stocks more tradeable. According to the Financial Times, Akira Kiyota, president of the Japan Exchange Group, has admitted that many companies have given the new code only token compliance.

The FT says the statement comes amid growing concern about the lack of foreign investment in Tokyo stocks. Foreign investors have sold a good deal of their holdings in Japanese equities, a move which the FT says may be a bet that Abenomics, the prime minister’s reform agenda, has run its course.

Meanwhile, a report from the Rainforest Action Network says the new governance code has failed to improve the transparency and integration of sustainability issues into Japanese business operations.

Toyo Kawakami of Rainforest Action Network said: “The findings in this report suggest that companies are either systematically misreporting compliance on sustainability issues, or have a fundamental lack of understanding as to the difference between genuine sustainability reporting and superficial Corporate Social Responsibility (CSR) statements.”