Audit committees are faced with more and more responsibility but Vodafone’s Nick Land says they are taking it in their stride. 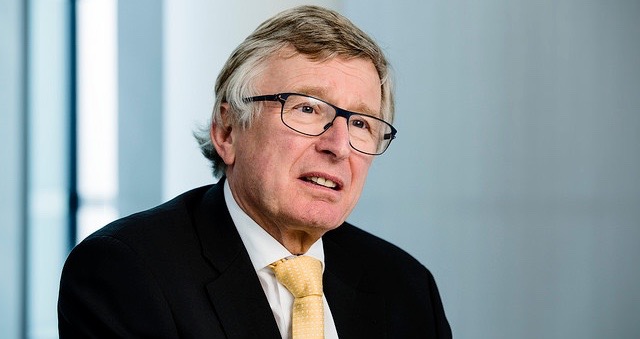 It seems odd that something as dry as the humble audit committee may be in the process of dramatic and significant change, but a raft of recent reports, reviews and recommendations would suggest it might change out of all recognition.

It takes the former head of an audit firm, and current audit committee chairman in one of the UK’s biggest companies, to bring a measured response to the idea. According to Nick Land, chair of the audit committee at mobile network giant Vodafone, the workload may be increasing but the responsibilities are manageable and there is no radical change.

“I don’t think they’ve doubled in size; there’s been an evolution taking place,” he says.

Land’s view should, perhaps, come as no surprise given his career has involved immersion in the world of audit and auditors. But he also sees things from the view of a regulator, the Financial Reporting Council, where he has served as a member of its board since 2011 and chaired the codes and standards committee since the beginning of this year. Prior to that, Land was at Big Four accountancy and audit firm Ernst & Young where he was chairman. In all, he spent 36 years with the firm as an audit partner and then as managing partner in the UK. He joined the global executive in 1995.

If Land knows anything, it is audit. And even if he doesn’t see workload as an issue, it is an arena in which he concedes activity has been ramping up.

And indeed it has. Since the financial crisis there has been renewed focus on auditing, auditors and audit committees, their work viewed as a governance bulwark against corporate behaviour that may be going awry.

In many senses the role of the audit committee has been under pressure to expand.

In many senses the role of the audit committee has been under pressure to expand. Land sees the big changes, in the UK at least, driven by changes following regulatory examination. The UK Corporate Governance Code has placed more stress on risk, as has the Sharman review of going-concern statements, while EU audit reform is transforming the relationship between companies and auditors with its more stringent rules over which services auditors are permitted to supply.

The result has been a slew of new work for audit committees. Some have seen the work of these committees mounting for other reasons. A report, Audit Committee Trends, from KPMG earlier this year, noted that committee members face a raft of new issues to supervise.

The report concluded: “The days when the audit committee agenda was solely dominated by audit matters and technical accounting discussions are gone.

“Many audit committees are diversifying. They’re bringing in specialists in areas only peripherally connected to finance, such as social media and cyber security—or in specific risk areas associated with their industry—so they can handle new challenges while still focusing on financials, reporting and controls.

“In some cases they are splitting as boards recognise that oversight from a single audit committee may be insufficient to handle growing mandates. To meet the demands placed on them, they’re also looking for more from auditors than an opinion on financial statements.”

For Land though it is the regulatory environment that is producing the biggest changes.

“In parallel with that, audit committee chairs, in their reports for published accounts, are expected to talk about the areas of particular focus during the year and where they spent their time,” he says.

He describes too how the code is also producing more work on risk, and how recommendations from the Sharman review of going concern “raises the bar around the way the board reports on the broader internal risk environment”. That work, Land points out, is increasingly delegated to audit committees.

He adds: “I suspect, in that sense, it’s right that the remit of audit committees is getting wider and deeper.”

Land has no doubts that the added transparency is warranted.

“If you’ve got to report publicly and specifically, that has some impact on how you, as chairman, attack the role.”

“The fact [that] there is much more bespoke reporting from the auditors, and the audit committee, is good for them. If you’ve got to report publicly and specifically, that has some impact on how you, as chairman, attack the role.”

“The fact I’m more publicly accountable spurs me on to do an even better job,” says Land, and adds: “It’s not as if the reporting is enormously onerous.”

In recent months the media has made much of comments that boards have become too focused on compliance. The stories were prompted by complaints from Tim Martin, chairman of JD Wetherspoons. 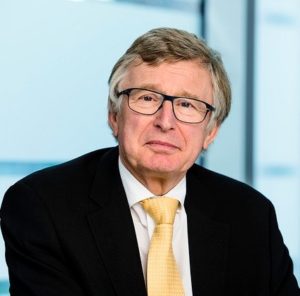 Land says it’s “not my experience”.

“The boards I’m on spend the appropriate amount of time, and frankly the majority of their time, on strategy and operational performance.”

“I don’t detect it being particularly onerous. In today’s world, boards and chief executives are very conscious of reputational risk…Quite a lot of governance or compliance is doing everything one can to enhance and protect the company’s reputation.”

What Land does see however is a shift in focus to risk driven by headline incidents of cyber-security breaches. This means a big effort to protect corporate reputations.

“The issue that we’ve seen over the last few years is damage to reputations and therefore undermining confidence among customers and damaging revenue.

“Boards and committees are very conscious of that but I’m not sure it changes the basic role under our model of unitary board.”