Given the magnitude of the wrongdoing surrounding emissions tests at Volkswagen, where were all the whistleblowers? 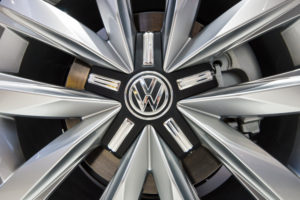 The Volkswagen emissions scandal has rocked not only the car manufacturer, but Germany as a whole. VW’s reputation for reliability, safety and excellence went beyond branding and, according to a YouGov survey, two-thirds of Germans named VW as the country’s number-one national symbol.

As the story unfolds, it’s very clear that this was not the action of one rogue employee. The sheer scale of the wrongdoing suggests that somewhere in the chain of command the software that allowed cars to rig emissions testing was approved. The question is: given the magnitude of the wrongdoing, where were all the whistleblowers?

All organisations face the risk of unknowingly harbouring malpractice or wrongdoing. The important thing is to make sure that channels for reporting wrongdoing are in place and that staff feel confident to speak up. Whenever such a situation arises, the first people to know of such a risk will usually be workers, yet while these are the people best-placed to speak up before damage is done, they often fear they have the most to lose if they do.

One way to inspire trust is through embedding effective whistleblowing procedures. As the old adage goes, prevention is better than cure. This philosophy goes to the heart of our work with organisations.

Public Concern at Work (PCaW) is an independent charity and legal advice centre. We were set up in response to a series of scandals and tragedies in the late 1980s and early 1990s, which included the sinking of the Herald of Free Enterprise ferry in which 193 people died in 1987, the Piper Alpha oil rig explosion and the collapse of the BCCI amidst widespread fraud in 1990.

The various official inquiries that followed these disasters revealed that all too often staff had known of dangers but were either too scared to speak up or, if they did, that they did so in the wrong way or to the wrong person, and were ignored and/or dismissed. PCaW promotes whistleblowing as a good governance and risk-management tool in the UK and abroad. We provide a confidential advice line for individuals with whistleblowing dilemmas, professional support to organisations, and influence public policy where it impacts upon whistleblowing law and practice.

Experience tells us that leadership is fundamental if organisations are serious about ensuring their whistleblowing arrangements work in practice, and building trust in those arrangements requires thought and energy from those who want to know what is going on.

There has been a suggestion that VW executives may have been warned of what was going on as long as two years ago. Failing to take whistleblowing seriously will trickle down and impact on workplace culture. From banking to healthcare and the media we have seen the devastating impact that failing to inspire staff to speak up can have.

The role of NEDs

In this sense, non-executive directors (NEDs) can play a vital role in handling concerns and reviewing and auditing the effectiveness of the whistleblowing policy. Outside of the day-to-day management, they offer both independence and influence in their role as the custodians of good governance in any organisation.

NEDs can play a vital role in handling concerns and reviewing and auditing the effectiveness of the whistleblowing policy.

Last year PCaW launched its First 100 campaign, appealing to organisations from all sectors to commit to the principles of the Code of Practice and work towards compliance with it over time.

Enlightened organisations such as RBS, ITV, Network Rail and a wide range of charities and public sector organisations, as well as the Civil Aviation Authority and the Nursing and Midwifery Council, are signatories.

Feedback has found that the campaign gives them the confidence to detect and address wrongdoing at an early stage, offers a framework against which to review and benchmark their arrangements, and reassures employees that the organisation values whistleblowing.

Time will tell what went wrong at VW. Unfortunately lessons will be learned the hard way. Whistleblowing culture acts as a barometer for good governance. A healthy and open culture is one where people are encouraged to speak up, confident that they can do so without adverse repercussions, that they will be listened to, and that appropriate action will be taken. This is to the benefit of organisations, individuals and society as a whole.

What we do to help

Cathy James OBE is chief executive of the whistleblowing charity, Public Concern at Work. Since being established in 1993, the charity has advised more than 18,000 whistleblowers on the confidential advice line. The charity also works with organisations to help embed whistleblowing arrangements through training and consultancy.

[1] At present an executive director who is dismissed, forced out or victimised because he or she justifiably raises genuine concerns about corporate wrongdoing is protected under the Public Interest Disclosure Act. They will receive an award of compensation based on what is just and equitable and on any actual financial losses suffered. However no similar protection is afforded to NEDs, as they are not in-law employees or workers.