The International Corporate Governance Network celebrates its 20th anniversary this year. Executive director Kerrie Waring looks back on changes in governance, what the priorities are now and what the future may hold. 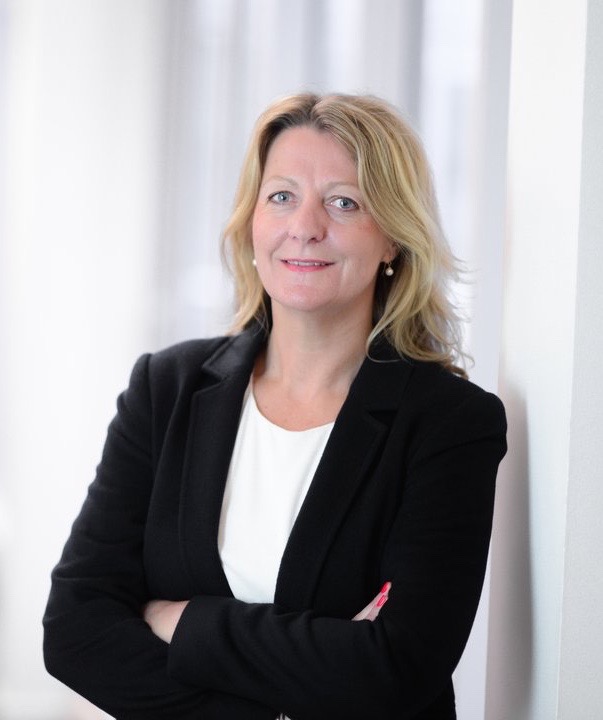 “Stewardship codes have been criticised as a box-ticking exercise. You’ve got to start somewhere.” That’s the view of Kerrie Waring, executive director of the International Corporate Governance Network (ICGN), reflecting on the role of investors and the advent of stewardship codes since the financial crisis of 2008.

So important are stewardship codes that the ICGN is in the process of consulting on its own global code. Waring makes the point that the crisis not only threw a spotlight on corporate responsibility but also asked big questions of investors and shareholders who stood accused of being unwilling to play their part in governing the behaviour of wayward company executives.

She argues that investors have changed since the crash. They are more engaged and as they have proliferated around the world, stewardship codes have been part of the transformation. The codes may be labelled as mere procedure, but Waring sees them as having had an impact. Around a dozen national codes have sprung up around the world and the ICGN is now reviewing its own global code in light of their emergence.

“What’s the preference? We don’t have a code at all? This is history repeating itself. There was similar scepticism with the advent of corporate governance codes in the late 90s.”

“What’s the preference?” she asks. “We don’t have a code at all? This is history repeating itself. There was similar scepticism with the advent of corporate governance codes in the late ’90s. While it is true that application of codes—whether corporate or investor—can at times be reduced to box-ticking, there is definitely more emphasis on adoption in practice.

“We see this in enhanced company engagement, more investor collaboration and better transparency around stewardship obligations.”

Waring is not only looking back at developments since the crisis. The ICGN is marking 20 years this year since it was founded by some of the largest financial institutions in the world to promote best practice in corporate governance.

As well as thought leadership, the organisation’s main activity is staging international events where investors gather to discuss and debate the latest developments in governance. Its members are diverse, global, and include well-known British names such as Aberdeen Asset Management; the vast Norwegian state oil fund, Norge Bank Investment Management; and the influential Californian pension fund CALPERS. It is not an organisation that makes newspaper headlines, but works away in the background influencing the way shareholders view governance in companies.

“This is an example of where regulators do listen,” says Waring. “I gave evidence to the European Parliament directly. ICGN submitted countless letters to regulators around the world, particularly in Europe, because differential ownership rights are perceived as a way of dealing with short-termism.

“This is regulation in regression and flies in the face of the basic corporate governance principle of fairness: the equitable treatment of shareholders.”

“This is regulation in regression and flies in the face of the basic corporate governance principle of fairness: the equitable treatment of shareholders.

“ICGN strongly opposes any mechanism that leads to voting control disproportionate to shareholder economic interest in a company.”

That doesn’t mean that the organisation is unsympathetic to the argument that companies need more long-term shareholders.

“We absolutely understand the need for longer-term thinking and behaviour in financial markets—we get that,” she says. “But a more constructive mechanism is the introduction of national stewardship codes, which can provide guidance around the external stewardship obligations of investors and encourages the integration of long-term thinking throughout the investment decision-making process.

“Mechanisms like that, we think, are more effective than putting out an arbitrary law that will disenfranchise minority investors, many of whom are the world’s largest institutional investors.”

However, Waring does concede that the existence of stewardship codes aids the argument.

“We are currently seeking comment on an ICGN Global Stewardship Code, which can serve as an international passport for investors seeking to relay their stewardship commitments in the markets they invest.

“This kind of initiative definitely helps in our dialogue with institutions such as the European Commission on issues such as differential voting.”

Perhaps the biggest development in governance has been the rising importance of non-financial reporting, according to Waring.

“Governance continually evolves over the years and has done so quite dramatically in terms of transparency. We now focus beyond the financial statements … there’s much more emphasis on sustainability risks such as water scarcity, climate change or demographics.” She adds: “If investors are pledging to decarbonise their portfolios, they need comprehensive information to do that; it’s a catch 22.”

But are investors fully on board? “It’s becoming much more mainstream, but the degree of adoption can depend on jurisdiction. The idea has been taken up by ICGN and PRI [UN Principles for Responsible Investment] members, but there’s a big world out there of investors who are not engaged.”

There are also obstacles elsewhere, not least in regulation. “The conversation around climate change sustainability factors, particularly climate change, has been ongoing for decades,” says Waring. “Actually, it feels almost embryonic in terms of how companies are having dialogue with investors and disclosing information.

“But the regulatory framework isn’t helping. For example, there’s no globally applicable carbon disclosure framework. That presents issues around comparability and that needs to be addressed from a regulatory standpoint.”

In fact, the ICGN has a more formal role having been asked by the European Commission in 2011 to educate investors on how to identify, analyse, integrate and engage with companies on environment and social governance. This was in response to the Non-Financial Business Reporting Directive, which takes effect from 2017.

But helping to improve business reporting led to some introspection about investment funds and the organisation’s own governance, which has become the focus of the ICGN’s review of its global stewardship code.

“Nobody now doubts that investors are responsible for their stewardship obligations—and that includes discussing conflicts of interest, policies on engagement, and how they engage, monitor and vote in companies.

Ironically, focus on investor responsibilities seems to be reaching its high point just as some are questioning whether shareholders are the most important people for companies to consider. During the summer, Financial Times columnist Martin Wolf told the London ICGN conference that the interests of other stakeholders might be equally, or even more, important.

“That’s all fine, and we can discuss the shareholder primacy versus stakeholder primacy debate until the cows come home,” says Waring. “But at the end of the day who is it going to hold boards to account?” She adds that we should be careful not to “demonise” investors, and cites US governance guru Bob Monks: “Globalisation has increased the problems of effectively holding corporations to account. In the absence of global laws and regulations, the only effective enforcer of corporate governance standards is ownership. Owners, like corporations themselves, have global interests and are not limited by national boundaries.”

As for the future, Waring wants to see a “wider community” of investors embracing their responsibilities, and make progress in tackling the finance gap associated with moving organisations to a low-carbon economy.

But mostly the future is about implementing all the good work that’s been under way for the past few years.

“The elephant in the room is that there is no global governance regulation. There’s the OECD and there’s our work, but no global regulatory body.

“In the absence of that we really need to look to market-led solutions. This is where the PRI guidance, our own guidance, the work of the Sustainable Stock Exchanges Initiative, really is so important.

“We wouldn’t want to be calling for global governance regulation for the sake of saying we need regulation. It’s about putting into practice what we’ve all signed up to. And that is the challenge. In the future we want to assume that more practice is happening than preaching.”