The Financial Reporting Council will work on providing new guidance for nominations committees on succession planning. 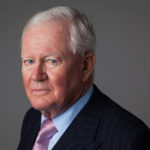 The UK’s governance watchdog has heard warnings against companies coming to rely on the skills of a single key individual.

The views came during consultation on succession planning. A report from the Financial Reporting Council (FRC) said respondents “highlighted that there can be risks of becoming too reliant on the skills of one individual, such that discussions on tenure at the time of appointment are necessary to help inform and manage the long-term picture of the succession strategy”.

A statement from the FRC said the nomination committee is “key to promoting effective board succession”.

The FRC’s report said its discussion revealed an “appetite” for better disclosure on how succession planning is linked to corporate strategy.

The watchdog’s special group, the Culture Coalition Project, will now consider providing nomination committee guidance as part of a revision of guidance on board effectiveness.

FRC chairman Sir Win Bischoff said: “We were pleased to have received so many valuable insights into board succession.

“Companies which plan ahead effectively for board renewal are more likely to achieve a better combination of diverse skills and experience needed for long‑term success. The nomination committee should also consider its role in developing the talent pipeline within the company.”