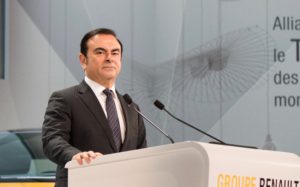 French president Francois Hollande has warned he may make shareholder votes on executive pay binding, according to Reuters.

His statement comes in response to Renault’s board deciding to ignore a shareholder vote against a €7.2m package for the company’s chief executive Carlos Ghosn.

Hollande is quoted speaking on France’s Europe 1 radio station, saying that if a code of conduct on pay is not applied, “there may be consequences”.

Reuters reports a corporate governance council made up of executives and the Medef employers’ association is examining Renault’s decision.

The French government controls 18% of voting rights at Renault but despite a non-binding vote in April against Ghosn’s pay, the company went ahead with a nod to concerns by announcing its remuneration committee would review pay structures for 2016, according to Reuters.