The OECD has revealed its new governance principles after years of research. Mats Isaksson, the man who directed the project, explains the findings that underpin the latest review. 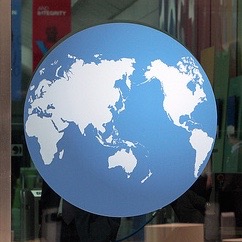 Some things just need time. So it is with the OECD’s freshly reviewed corporate governance principles that emerged dusted down and revamped in September this year during a G20 meeting in Ankara.

A little overdue, you might assume, given that this was a mandate to probe governance following the financial crisis of 2008. But the OECD didn’t just set about overhauling its guide to governance—it set about asking some bedrock questions about capital markets first.

“What we said to ourselves after the financial crisis in 2008, is let’s take a step back and ask if there are other fundamental changes and challenges in the way capital markets and corporations operate that need to be analysed before we issue a new set of principles,” says Mats Isaksson, the OECD man in charge of the review.

In the end the new governance principles were not just a reaction to the financial crisis, but also addressed some fundamental shifts in the way capital markets have changed.

This was not the first set of governance principles produced by the OECD. In fact, the organisation made its debut in this arena in 1999 following scandals that also led to the Cadbury Code.

A revision then followed in 2004 in the wake of the Enron and Worldcom catastrophies. The latest principles see the OECD acting on behalf of the Financial Stability Board of the G20 group of nations and provide a global framework for good governance.

The principles themselves are structured around six thematic chapters: the basis for an effective governance framework; the rights and treatment of shareholders; institutional investors, stock markets and other intermediaries; the role of stakeholders; disclosure and transparency; and responsibilities of the board.

Under Isaksson the OECD undertook an analysis of developments for stock markets, institutional investors and corporate governance regulation.

The principles will affect G20 members, especially when they come to review their national governance codes or guidelines. But they will also affect OECD members, as well as provide a standard for countries more widely as they grapple with the need for governance.

Undeniably, it’s taken some time since the post-crisis impetus of the G20’s reform agenda. But that time has been used to lay the groundwork for the current principles.

Under Isaksson the OECD undertook an analysis of developments for stock markets, institutional investors and corporate governance regulation.

“We thought that was important because even if we bring in the best policy experts and the most experienced policy makers and practitioners, we want them to have at their disposal all the facts that will allow them to understand what the reality looks like, what changes have taken place, [and] what are the possible implications for the way we address corporate governance…” he says.

The OECD came up with four main findings. The first was that boards should be responsible for designing and overseeing governance structures (no surprise from a British standpoint, but important for countries where corporate governance is still in its infancy).

The next was that there has been a surge globally in listed companies in the developing world, but a reduction in the developed world. Isaksson says this has an important implication because developing world companies usually have a “a controlling owner” in contrast to the “dispersed” ownership of developed world corporates. It makes a difference therefore when it comes to governance.

Thirdly, the dominance of institutional investors has only increased and with that has come an increase in indexed investment (20% of all investments, according to some sources).

Lastly, stock exchanges have moved from being quasi-national institutions to private entities which are themselves listed.

The change in the nature of stock exchanges has been important for the OECD, especially if governance regulation is delegated to them.

Isaksson explains: “…when governments of regulators decide to delegate regulatory or supervisory functions to stock markets to stock exchange—which may be legitimate—they understand and appreciate the business model of the stock exchange. Do they have the right incentives to do the job well?” He adds that stock exchanges must be in a position to regulate “in the interests of a society as a whole”.

But perhaps the most interesting part of the new principles is its focus on investors. Isaksson stresses that governments cannot just demand that shareholders exercise governance without taking into account their business models.

“One of the takeaways is that exercising informed corporate governance is a cost. It requires a lot of work and you have to set aside the resources.”

“One of the takeaways is that exercising informed corporate governance is a cost. It requires a lot of work and you have to set aside the resources.

“What we are saying is that if this is not part of the investor’s business model, if this is just an indexed fund and the model is primarily fee-driven, it may be very difficult to incentivise them to take on the costs of active and informed governance,” he says.

He adds: “I was talking to a large pension fund the other day, saying I thought they would be a little pissed with me because I’m not hailing them as the avant-garde in corporate governance.

Does that make blanket stewardship codes pointless? “In certain circumstances a stewardship code can be useful,”says Isaksson. “But I think one needs to have realistic expectations of how investors will apply it. It’s not a silver bullet.”

From now on the OECD will be involved in carrying what it calls “thematic peer reviews” to measure how its new principles are used and to gather information on the details of implementation in different countries. It will also ask what works and doesn’t.

But there is a warning. Not every company crisis will be viewed as a systemic failure.

“Of course, if there are obvious failures on very fundamental issues and if they are systemic this will be identified,” says Isaksson.

“If we ran away and created regulation for every corporate failure that would be very problematic. We need in every case to see what is of systemic importance and what is unique to the individual case.”