Pub chain chairman Tim Martin has an uncompromising view of corporate governance – he believes it can do more harm than good. He explains to Board Agenda his views on shareholders, governance and his concerns about the proliferation of non-executive directors. 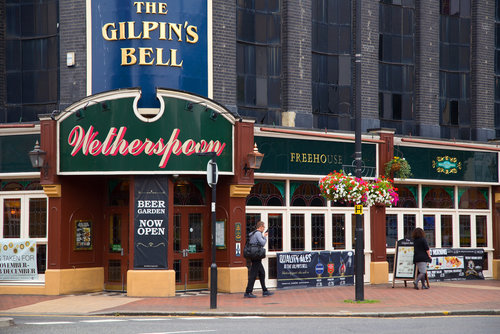 Martin has even used the company’s annual report to make his views clear and in recent interviews has repeated his claims. He believes that UK corporate governance is too City-centric and causes executives to be overly focused on keeping shareholders happy, rather than paying heed to the views of their customers and employees.

“The road to hell in pub companies lies in emphasising the views of shareholders over those of employees on the ‘front line’,” he wrote in Wetherspoons’ 2014 annual report.

Not great news for shareholders but possibly the bluntest and most frank corporate governance opinion set out in any recent corporate communication.

In an interview with Board Agenda Martin explains why compliance with the UK Corporate Governance Code is getting in the way of doing business.

At the core of his complaint is the belief that boards have become overloaded with non-executives who, he says, now outnumber executive managers and force a compliance-first culture.

“There’s an expression…when experience is not retained, infancy is perpetual. You’ve got a bunch of infants taking the reins at PLCs.”

He points to troubled supermarkets as another case in point. Martin claims they have too many non-executives and too few people experienced in running shops.

“There’s an expression,” says Martin, “when experience is not retained, infancy is perpetual. You’ve got a bunch of infants taking the reins at PLCs.”

For Martin, the dominance of non-executives and chairmen means companies are too heavily influenced by “part-timers” and focused on the wrong issues.

Martin’s problem with non-executives is twofold. Firstly, he says, non-executives take courses that cause them to be overly focused on compliance, or risk looking bad.

Secondly, Martin says the governance code is too City-centric, meaning it concentrates excessively on shareholder interests and fails to emphasise customers and employees—the two constituents that he insists matter most in the success of a company. In fact Martin complains bitterly that the code barely offers mention of customers and employees, while citing shareholder interests at every opportunity.

“You ask most non-execs what their job is and they’ll say, ‘We’re here to act on behalf of independent shareholders,’ … as opposed to acting in the long-term interests of their customers, their employees, the country, etcetera. It’s gone awry.”

Shareholders, he says, are not well placed to provide a view on the long-term future of a company because their interests are always in the near future. This means that consulting or engaging with shareholders cannot produce a coherent long-term view of where companies should go, according to Martin.

“An institutional fund manager turns over their portfolio twice a year. So what knowledge will one of those shareholders bring to bear?” He adds that shareholders should be consulted, but adds a caveat by emphasising that it is more important to consult with long-term shareholders than those in it for a quick return.

Martin believes compliance with the governance code has become an end itself regardless of whether it produces the right result. He cites the creation of remuneration committees as an example. Martin says they were intended to control excessive executive pay but since their introduction pay levels have only rocketed.

Martin has been so incensed by what he sees as the failures of governance he wrote about it extensively in JD Wetherspoons’ last annual report. But he turned to Walmart’s founder Sam Walton to bolster his argument, quoting a line from his autobiography.

“If we fail to live up to somebody’s hypothetical projection for what we should be doing, I don’t care.”

“What’s really worried me over the years is not our stock price, but that we might some day fail to take care of our customers or that our managers might fail to motivate and take care of our [employees]…Those challenges are more real than somebody’s theory that we’re heading down the wrong path…As business leaders, we absolutely cannot afford to get all caught up in trying to meet the goals that some…institution…sets for us. If we do that, we take our eye off the ball…If we fail to live up to somebody’s hypothetical projection for what we should be doing, I don’t care. We couldn’t care less about what is forecast or what the market says we ought to do.”

Indeed, Martin is quick to recount his own meeting with shareholders, who were keen that the company switch its strategic tack by introducing tenanted pubs because other pub chains were performing well with the same model.

“We told them to go forth and multiply. It was the most absurd idea from anyone ever. Anyone with half a brain knew that was impossible for us,” says Martin.

Martin is not without recommendations to resolve the problems he sees. He wants boards to be composed of a minimum of 50% executives and says a chief executive should be allowed to become chairman, citing Stuart Rose of Marks & Spencer as a prime example.

He wants corporate governance reports dramatically limited in length and insists they reject jargon in favour of plain English. He says this approach to language should include the accounts.

Most of all he believes reform of governance is inevitable. “It’ll definitely change, because it will have to,” says Martin.