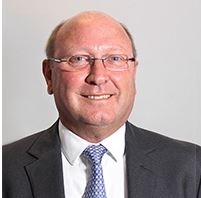 Keith Edginton has a decade of experience in non-executive roles, including at Catalyst Consulting and Dutch bank ABN Amro, as well as knowledge gained while running his own successful coaching and consulting firm.

Prior to his entrepreneurial spell, Edginton acted as COO and board member of ABN AMRO’s Wholesale Clients division for almost five years, between 1997 and 2002, during which he transformed the services business.

Before this, he worked for UBS Europe from 1986 to 1997; first in the Equities practice, and later in Corporate Management, fulfilling the role of CIO.