Employees are not willing to raise concerns about misconduct according to research from the Institute of Business Ethics (IBE). 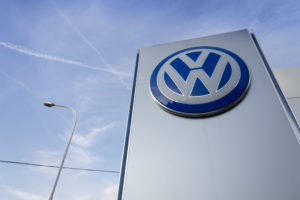 New research reveals that 45% of employees are unwilling to raise concerns about misconduct in the workplace.

Eight percent of UK workers surveyed felt pressured to compromise their current employer’s standards of ethical conduct, with time pressures cited as the most common reason.

The VW and doping in Russian athletics scandals have both highlighted whistle blowers. According to the German magazine Wirtschaftswoche an employee approached new chief executive Matthias Muller to detail how tests for CO2 consumption were fixed.

Only 13% of employees surveyed in France said they did not raise their concerns of misconduct because they felt it might jeopardise their job. This is lower than all the other continental European countries surveyed.

Awareness levels on how to report misconduct confidentially (35%) and training on ethical standards (39%) were higher in Italy than elsewhere.

German employees reported a higher level of awareness of codes of ethics than in 2012. In France, Italy and Spain awareness generally fell.

Spain is the only country surveyed in which employees reported an increase in honesty in the workplace. In all three other countries surveyed it decreased.