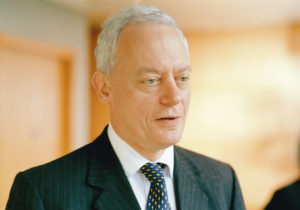 The appointment is a replacement for Sir Mike Rake, who oversaw the appointment of Jes Staley, a former J.P.Morgan executive, as Barclays’ new chief executive.

Sir Gerry’s appointment has prompted speculation that he might take over as chairman of the bank, succeeding John McFarlane, who took on the role in May.

However, McFarlane has been acting CEO since the departure of Antony Jenkins in July.

The Bank of England has been concerned about governance at the bank, asking Sir Mike to stay on longer at the bank than expected to provide supervision of McFarlane.

Sir Gerry is a former investment banker at Schroders and has been chairman at Standard Life since 2007. He will take up his post at Barclays on 1 January, at which point Sir Mike Rake is expected to leave to take up his role as chairman of Worldpay.