Governance in Brazil has undergone major change but still struggles with the dominance of family control and the low number of shareholders with voting rights. 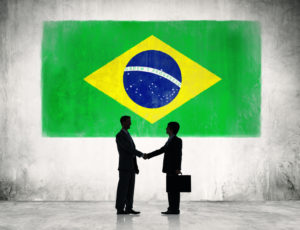 Corporate governance in Brazil has undergone major change in the past 50 years. In the 1950s and 1960s corporate governance was based on the major family shareholder, who were supposed to manage the company and effectively control it on a daily basis.

In the 1970s, the first company boards with some sign of autonomy appeared, along with the division of power between shareholders and management professionals.

Nowadays, the primary sources of law, regulation and practice in Brazilian corporate governance include the following:

Additionally, the Brazilian Civil Code (Law 10,406) of 10 January 2002 governs other types of company, including limited liability companies, which are frequently used in Brazil, even for large businesses. Notwithstanding, Brazilian government agencies and other entities have a strong representation in the production and enforcement of corporate governance rules, as described above.

Institutes, such as the Brazilian Institute of Corporate Governance (IBGC), participate by providing governance practice guidelines as a reminder to corporations of the importance of best practice. These guidelines do not enjoy the binding force of law but are viewed as good practice. The IBGC claims that corporate governance is sustained by four elements: transparency, accountability, equity and corporate responsibility.

The practice of corporate governance started to be applied in the largest Brazilian Companies only in the 1990s.

Pragmatically, a good corporate governance system is considered efficient when it combines internal and external mechanisms of governance. The structural basis in Brazil is composed of the following entities: a board of directors, an independent advisory officer (conselheiro independente), the board of directors’ advisory committee and the audit board, among others.

To make the board of directors more effective, there is the figure of the independent advisory officer, taking impartial decisions and seeking the best long-term result for companies.

The advisory committee conducts a more specific review of miscellaneous subjects such as audit and director remuneration.  In addition to the board of directors, Brazilian companies have also used audit boards, which supervise the management of a company, and improve certainty for shareholders and potential investors.

In addition, for steering better governance, shareholder agreement has been used widely to give corporate decision-making more cohesion and to prevent disputes between shareholders that could undermine a company’s market value.

Furthermore, arbitration has long been used by the largest Brazilian companies as a method of dispute resolution, which ensures the “supremacy of the parties’ will” (supremacia da vontade das partes), the secrecy of disputes and a swift resolution.

The supremacy of the parties’ will is a principle enshrined in the Brazilian Constitution. In the context of dispute resolution by arbitration, the principle guarantees that those involved are able to choose the terms and conditions of arbitration without interference from third parties. Such terms might include the arbitration chamber for resolving a dispute, the arbitrators involved and the language in which negotiation takes place.

A right to sue

The right to sue the company’s manager or controlling shareholder is guaranteed by the Corporations Law, which provides civil liability for the company’s controller when any misconduct is proved. In most cases, such lawsuits involve listed corporations and the dispute becomes public. In closed corporations it is more unusual because of the corporate model and the terms involved in the election of managers.

Brazil has seen lawsuits involving several large companies, such as Sadia, Aracruz, and Agrenco, among others. In September 2008, Sadia and Aracruz reported losses running into billions associated with speculative positions taken in derivatives. The deficiency of supervision, lack of management control and poor risk assessment caused catastrophic damages to both companies, which resulted in Sadia’s merger and the sale of Aracruz.

Despite great developments corporate governance practices, it is still a big challenge for Brazil to move control away from majority shareholders…

Recently, a case against Brazil’s national oil company Petrobras became notorious worldwide. The minority shareholders of Petrobras filed several lawsuits against the company, claiming that the decline of the company’s market value and non-receipt of dividends was due to the administrative improbity of its managers and, therefore, a breach of the company’s corporate governance policy and rules.

Petrobras board members have also been challenged by minority stakeholders with allegations of mismanagement, omission and a lack of supervision in relation to historical decisions taken by the management.

Despite great developments in corporate governance practices, it is still a big challenge for Brazil to move control away from majority shareholders and to give greater power to boards of directors.

The dominance of family control and the low percentage of shareholders with the right to vote are aspects that prejudice the application of good corporate governance practices in Brazil. This has caused a divergence between the interests of majority and minority shareholders, preventing unity and undermining the consequent efficiency of the company.

The future development of corporate governance practice in Brazil should therefore focus on the dilution of decision-making powers in a company. It should give greater influence to minority shareholders and invest in management professionals to guide decisions if it is to realise long-term profits, recognition in the market and, in the case of listed corporations, make companies attractive to wealthy investors.