China’s corporate governance regime suffers from concentrated state ownership, a lack of independent directors and executive pay that is both excessive and disconnected from company performance. 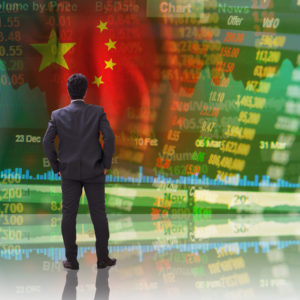 Since its opening up and the economic reforms of the 1980s, China has undergone tremendous economic growth and social development, with a 10% real GDP uplift per year on average through to 2013.

However, the current economic growth model in China, which is mainly triggered by its export-led policy and huge government investment, has been challenged by potential external and internal risks, which do not support sustainable economic growth in the long run.

The government has realised the importance of supporting economic growth through raising capital on the financial markets. There were about 2,000 publicly listed Chinese companies in China’s domestic stock exchanges with a total capitalisation of $54tn in 2014.

Raising finance has become the main objective of Chinese-listed firms which are dominated by former state-owned enterprise (SOEs) and controlled by the state. Millions of small individual investors have rushed into the stock market to purchase shares with the hope they can become rich overnight.

However, corporate scandals, financial market fluctuations, shares plunging in value and a lack of protection for minority shareholders dashed the hopes of public investors and shook their confidence in Chinese stock markets.

Recent years also saw the emergence of Chinese IPOs in overseas capital markets, such as the US and the UK. For example, the flotation of the Alibaba group on the New York Stock Exchange in 2014 attracted more than $25bn. Despite this new record for Chinese IPOs in overseas markets, foreign investors, especially institutional investors, still lack confidence in investing in Chinese companies despite being in their home stock exchanges.

Central to the problems that have impeded China’s future growth of capital markets is the weakness of corporate governance practices in China and the lack of protection for investors.

In the context of internal corporate governance mechanisms, the major problems are concentrated state ownership, ineffective boards of directors and supervision boards, and the incentive mechanisms for executives.

Concentrated ownership itself is not unusual, can be seen in many countries and has been the major ownership model across the world.

It becomes a problem when institutional frameworks and law enforcement are weak and incomplete, which can result in minority shareholders having little protection for their investments and being easily exploited by major shareholders. China is a typical example of such a case. The state controls about 70% of listed firms.

The Chinese supervisory board has little to say in major corporate decisions, particularly when it oversees the board of directors.

The chair and CEO are very often the same person and also a government official. Many independent directors are invited by the directors, or senior managers, from among their peers.

Moreover, most independent directors in China are academics and governmental officials, who lack related experience, specific knowledge and energy to commit themselves to corporate governance issues.

The state has the same overwhelming dominance over supervisory boards, nominating supervisors and determining their pay. The Chinese supervisory board has little to say in major corporate decisions, particularly when it oversees the board of directors. The supervisors cannot dismiss directors or senior managers when they detect company misconduct, thus rendering supervisors’ other rights potentially meaningless.

In the context of external governance mechanisms, the weakness of legal enforcement and an inefficient stock market are the two major problems that China has faced.

China still has a nascent legal system which does not rate well according to effectiveness and enforcement, and is the primary cause of weak corporate governance practices in Chinese-listed firms.

The Chinese stock markets have not played a governance role that would have been expected in a Western context.

China’s stock markets are characterised by:

(1) The government using them largely as a fundraising vehicle for SOEs. It expects them to reshape China’s traditional bank-dominated financial system, rather than play the conventional role of providing a return on investment, as in the Western context.

(2) Competition-mitigating administrative state control seeking to avoid the driving up of returns on various financial assets, thus allowing the government to maintain the stock markets as a source of cheap capital for financing SOE investment.

A major problem of an inefficient stock market, with a weak legal system, is insider trading.

A major problem of an inefficient stock market, with a weak legal system, is insider trading. The imported notion of common law liability does not fit well with China’s civil law tradition, indicating that China has not yet reached a commonly agreed translation of the legal concept of “fiduciary duty”.

The Chinese government has realised that ineffective corporate governance along with incomplete legal and regulatory mechanisms are bottlenecks for the sustainable growth of the Chinese economy.

It has taken a series of actions to improve the situation. For example, in 2011, the Chinese Securities Regulatory Commission engaged with the OECD-China Policy Dialogue on Corporate Governance and self-assessed its institutional framework, as well as the legal framework for corporate governance, based on the OECD Principles of Corporate Governance. This provided a reference for future reform efforts.

In October 2014, the Chinese government also announced a communique focused on “comprehensively advancing the rule of law” in China, which was a major step toward improving its legal system.

In addition, the government has conducted pay reform for the SOEs since 2014. The reform will firstly target some 200 executives from 72 state-owned companies in 2015, such as China Mobile, China National Petroleum Corporation, and large national oil and gas producers. Pay for senior executives will be trimmed from about 12 times the pay of the average worker to about eight times.

Another major action taken by the government in 2015 is on anti-corruption. The government has set itself the task of inspecting all major SOEs from the beginning of 2015, aiming to combat corruption in SOEs and to facilitate their root-and-branch reform.

Only when the government takes serious action will the country gradually attain a high-quality level of corporate governance through the establishment of an independent legal system, an effective monitoring system, and an efficient capital market, thus supporting the country in maintaining its sustainable economic growth in the long run.