Non-executive remuneration committees find themselves under increasing pressure as greater scrutiny is put on executive pay by investors and the public. 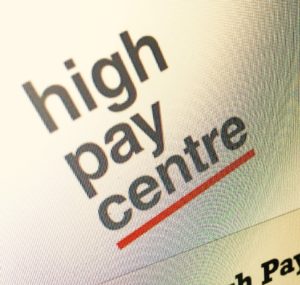 The board’s remuneration committee was once regarded as a fairly low-profile role for those non-executives with a passing interest in pay policy and some extra time to attend meetings. This is no longer the case.

Greater scrutiny on executive pay by investors and the general public means that non-execs on remuneration committees find themselves more and more in the firing line from hostile media coverage of excessive pay awards. New reporting regulations introduced by the coalition government in 2013, which include a binding shareholder vote on future pay policy, have also made remuneration committee jobs more demanding.

In its description the remuneration committee’s role, the Institute of Directors (IoD) says: “Rewarding executives requires informed judgement. Remuneration committee members do not need expert knowledge, but they do need data to make sound decisions on levels of remuneration, on the link between remuneration and performance, and on the structure and cost of all elements of the executive package.”

The IoD also points to the increasing complexity of executive pay structures, the rules that govern it and the burgeoning size of top pay awards.

The IoD also points to the increasing complexity of executive pay structures, the rules that govern it and the burgeoning size of top pay awards.

Oliver Parry, senior adviser on corporate governance at the IoD, said recently at a High Pay Centre event: “The IoD has expressed significant concern about the level of executive pay at the largest UK-listed companies. Over the last decade, such pay has quadrupled with no clear link to company performance.”

The IoD believes this has undermined the corporate sector. “Crucially, this is unhelpful to the reputation and legitimacy of the UK business community,” added Parry.

Against this background, it is not surprising that non-executives are becoming more reluctant to serve on remuneration committees. They are also demanding higher fees to reflect the increased pressure on them.

In a survey of more than 1,000 board directors entitled Life in the Boardroom, remuneration consultancy MM&K found that 62% of the non-execs who responded believed their fees had failed to keep pace with increasing time demands or additional legal responsibilities and risk.

The survey also found lukewarm support from non-execs for the government’s new remuneration reporting regulations and the associated binding shareholder vote. “Most feel that the additional time demands are not justified by the marginal stimulus to shareholder consultation and performance focus,” says the report.

The median base fee for a non-executive at a FTSE 100 company is currently around £65,000, with an additional £20,000 for chairing the remuneration committee…

However, now that a company has to stick with its agreed remuneration policy for three years—subject to a shareholder binding vote—non-executives should see their fees increase more slowly. Many company remuneration policies state that pay should go up only in line with inflation, and while this applies broadly across the workforce, it also affects non-executives.

In fact, under the new rules, the remuneration committee is expected to set pay for top bosses in line with wages and conditions across the rest of the workforce. They are also required to show a comparator group from the company in the remuneration report to say how they have judged this. There has been some criticism that non-executives are not strictly sticking to the guidelines for this comparison, and government regulators are currently reviewing compliance with this aspect of the new rules as well as others.

A culture of excess

The TUC said that taking into account total pay for FTSE 100 remuneration committee members based on 2014 annual reports, including all rewards for executive and non-executive directorships, the average pay for a non-exec was £441,383—more than 16 times average full-time wages. The TUC used these figures to criticise the non-execs, saying: “Remuneration committees have become out of touch with the rest of society.”

The TUC and the High Pay Centre have argued for the election of workers to remuneration committees, to increase personnel diversity. This is a system that works well in Germany and was welcomed by Sir Roger Carr, chairman of BAE Systems, at the IoD conference recently.

“I’ve chaired companies in Germany that have a different structure where there is a mix of management and people from unions; it’s a cultural norm that works effectively.

“You get different perceptions but common objectives. It’s taken a long time in post-war Germany to create that structure. Culturally the UK is not there yet, but what is happening is that the shareholder community is more concerned about the make-up of the board.”

Deborah Hargreaves is director of the High Pay Centre, a think-tank with a focus on executive remuneration.