Leapfrogging is a relatively new trend in CEO appointments but requires the support of chairmen and non-executives. 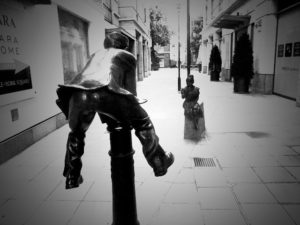 In the article Leapfrog Succession: A New Trend in Appointing CEOs, the authors identify an emerging trend: an increasing number of chief executives are “leapfrog leaders”, meaning that they have been fast-tracked past the more senior executives in the organisation.

The reasons for making these often younger, less experienced appointments are usually to do with either a shortage of suitably qualified, experienced candidates or a desire for the organisation to make a step-change by bringing in someone who is more forward-looking and possibly more up to date with the latest business trends.

With all new CEO appointments, boards should ensure that they do as much as they can to ensure a smooth transition and provide the support that is needed to help make the appointment a success. In the case of leapfrog leaders the chairman and other non-executives will need to be aware of the potential risks and pitfalls of adopting and implementing this CEO succession strategy.

The chairman and the other non-executives will need to be aware of the potential risks and pitfalls of adopting and implementing this CEO succession strategy.

The two most obvious risks in making a leapfrog CEO appointment is that the new chief executive will probably not have had experience of the role, certainly not at this new level, and the other executives, who may have been hoping to take on the CEO role themselves, may be disappointed or find it difficult to report to someone who has not paid their dues in climbing the corporate career ladder.

The chairman, with the assistance of the other non-executives, can take a number of steps to mitigate these risks:

Whilst many boards will stick with the tried-and-tested approaches to CEO succession of either promoting from within or recruiting externally from a pool of executives with similar skills, background and experience, it is almost inevitable, due to the rapidly changing dynamics in most business sectors, that boards will have to appoint a CEO from outside their comfort zone at some time in the future.

The role of the chairman and the other non-executive directors in making sure that such appointments are successful is becoming increasingly important. The practical advice outlined above can be applied in all cases when a new CEO is appointed.

In the US, where the CEO and chairman roles are still, in the most part, combined, it is important that someone, typically the outgoing CEO, takes on the chairman role, at least for the first year of the new CEO’s appointment.

There is talk in the US of creating a “lead director” role, which in many ways would replicate the role of the non-executive chairman in the UK. Whatever the title, it is important that someone on the board takes responsibility for making a successful “leapfrog leader” appointment.