Share buybacks have become all in the rage, at least in the US. But what is really at stake when the board is told it is the best use of cash? 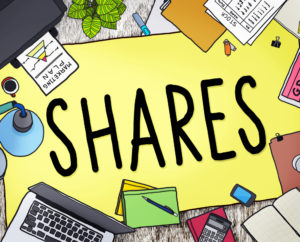 One of the more noticeable trends in the recent years, certainly in the US, has been the growth of share buybacks. Bloomberg recently reported that buybacks vaulted to a record in February 2015, with CEOs announcing $104.3bn (£67bn) in planned repurchases.

That binge has led to growing discontent and criticism over the practice. Many fund managers, investors and commentators have criticised management for buying too many shares at too high a price.

As the Financial Times put it recently: “Buyouts are approaching the record levels reached in 2007 before the market crash. The postscript to that earlier episode was that corporate boards did not seize the opportunity to buy furiously when the market was at its nadir in 2009.”

However, it is also fair to say that share buybacks, done properly, can represent a great chance to return cash to shareholders in a tax-efficient way.

The trick, say Simon Denison-Smith of Metropolis Capital, is knowing when, and when not, to launch a buyback.

“There’s a prevailing perspective in the industry that share buybacks are inherently bad. We disagree with that, but we also believe that they need to be handled with an investment framework in place,” he says.

The case for buybacks

What lies behind the growing enthusiasm for buybacks?

The obvious driver is an attempt to boost earnings per share (EPS), often a metric that can be linked to an increase in management salary. “The role of incentives is critical here, and this is where non-executives come in and must play a significant role,” says Denison-Smith.

“And one of the biggest problems with these types of decisions is that they are often being driven by the incentives of the management team, rather than stemming from a capital allocation framework.

“Is the management team starving the business of capital by spending money on buying shares?”

“The first question non-exec directors should be asking is this: within the existing business, is there a better use for that capital that could get a higher return for investors and shareholders? In other words, is the management team starving the business of capital by spending money on buying shares?”

He adds: “So it’s important that NEDs keep the board focused on strategy and considering where else the capital could be deployed, such that it gets a decent return before they think about giving it back to shareholders.”

But if the decision is to return cash, the question becomes whether it should be done via a dividend or a buyback.

The answer, according to Denison-Smith, should be fairly straightforward.

“The buyback should only be done when the board believes they can buy shares at a level of discount to what they believe the business is worth,” he says, and points to Warren Buffett as the master of this technique.

“Back in 2011 Buffett announced he would buy back shares when they were at 1.1 to 1.2 times book value. He had a very clear view that at that price he was getting a better return than if he was to invest it in any number of projects.

“So, that shows he has a clear view of intrinsic value and is committed to buying at a discount. That makes sense and it’s an excellent way of creating shareholder value.”

Denison concedes: “Of course, a lot of CEOs don’t actually have that skill. So, part of the non-executive’s role in share buybacks is to help management think through what is the actual value of the business, and help them decide when and if it’s a good idea.”

Christian Doherty is an experienced business journalist and contributor to Board Agenda.