Board Agenda looks at the impact of recent negative press coverage on Amazon’s reputation and its business. 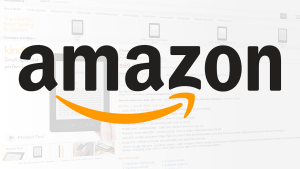 In the wake of an exposé in The New York Times on Amazon’s treatment of its staff, reputation analyst Alva has analysed what impact the negative coverage has had on Amazon’s reputation among its key stakeholders.

The analysis found that Amazon’s reputation has indeed been hit by The New York Times article, but relative to previous issues it has not suffered as much. Criticism of the company’s tax arrangements, financial performance and supplier relations have all had a larger effect on the company’s reputation than the newspaper article over the past 18 months.

Amazon’s reputation decline has been short-lived and not as steep or pronounced as previous issues, such as corporation tax payments.

Calls for consumers to boycott the company have been muted and there is little evidence to suggest that this group has been affected.

Alva analysed Amazon’s content for the “boycott” issue, namely any content that talked about a boycott directly, or which used words or phrases that indicated a desire to stop using the organisation.

Calls for consumers to boycott the company have been muted and there is little evidence to show that this group has been affected.

Again, there was a spike in references to boycotts in relation to Amazon from 17 August onwards, but these are dwarfed by the loudest calls for a boycott of the company, which centred around the aforementioned tax concerns, peaking between May and June 2014.

While clearly calls to boycott the company would be concerning, there is little evidence to suggest that consumers are acting on these calls en masse.

Investors remain untroubled by the situation. Amazon’s share price continued to grow overall, and specifically over the period of the publication of The New York Times investigation.

While the media has been strongly critical of Amazon, the data from Alva shows it is unlikely to move the majority of investors or consumers to change their relationship with the company.

Where Amazon is far more likely to feel the effect is with potential employees being put off from working at the company.

Current and potential employees remain the most at-risk group: Amazon’s reputation is already poor with this stakeholder relative to its industry peers.

Amazon’s ability to attract and retain the best talent, which is central to its mission to out-innovate the competition, presents a medium to long-term reputation risk.

Glassdoor’s rating trends for Amazon shows a gradual decline in employee satisfaction at the company over the few days after The New York Times article, following on from a steep decline seen around the tax avoidance period.

Employee “recommendations to a friend” are also at an industry-low level of 63%—well behind Google: 92%, Facebook: 89% and Microsoft: 81%.

Amazon’s ability to attract and retain the best talent, which is central to its mission to out-innovate the competition, presents a medium to long-term reputation risk according to Alva.

When a reputation crisis is not a crisis

The Amazon–New York Times story is a great example of how a reputational risk issue plays out in different ways across different stakeholders depending on their expectations and needs.

While the company’s reputation has been damaged in the media, consumers do not appear to have been seriously affected, while investors remain untroubled. This is because the fundamental bases of their relationship with the organisation—good financial returns for investors and good value, convenient products for consumers—have not been affected.

Whether the potential loss of talent threatened by Amazon’s increasingly poor reputation as an employer does ultimately affect consumer experience and investor return remains to be seen, and is an area Alva will be monitoring closely.